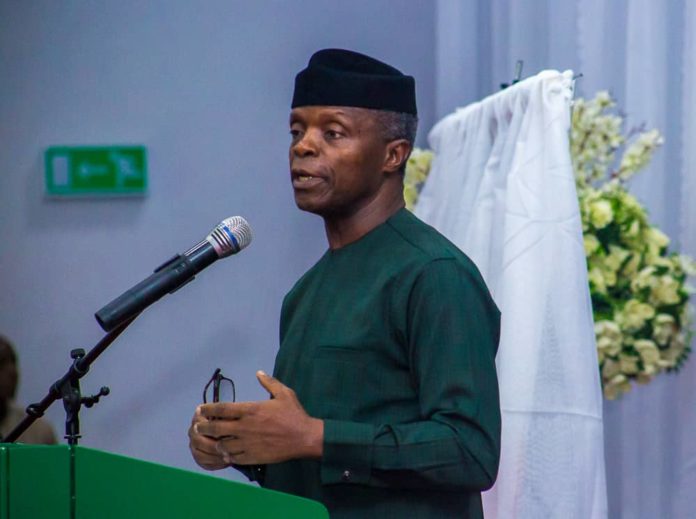 Let me start by making it clear that most of the liberal RCCG members I’ve interacted with over the last few weeks don’t support Osinbajo’s overt bigotry in favor of the church.

Several of them are embarrassed by it—the same way that I’ve been embarrassed by Buhari’s favoritism toward northern Muslims. So, please don’t understand me as demonizing the RCCG, which I believe is a great spiritual sanctuary and source of hope for many.

Now, let’s get started with empirical facts and end with a conceptual wrap-up of what Osinbajo’s bigotry represents, which is scarier than the facts. Osinbajo’s deceitful parade of a little over a dozen Muslims who work in his office (which includes at least two that no longer work there and several that were appointed directly by Buhari or the Presidency) is a poor attempt to paper over his vast record of deliberate, religiously inspired exclusion of Nigerians who don’t worship at his church. 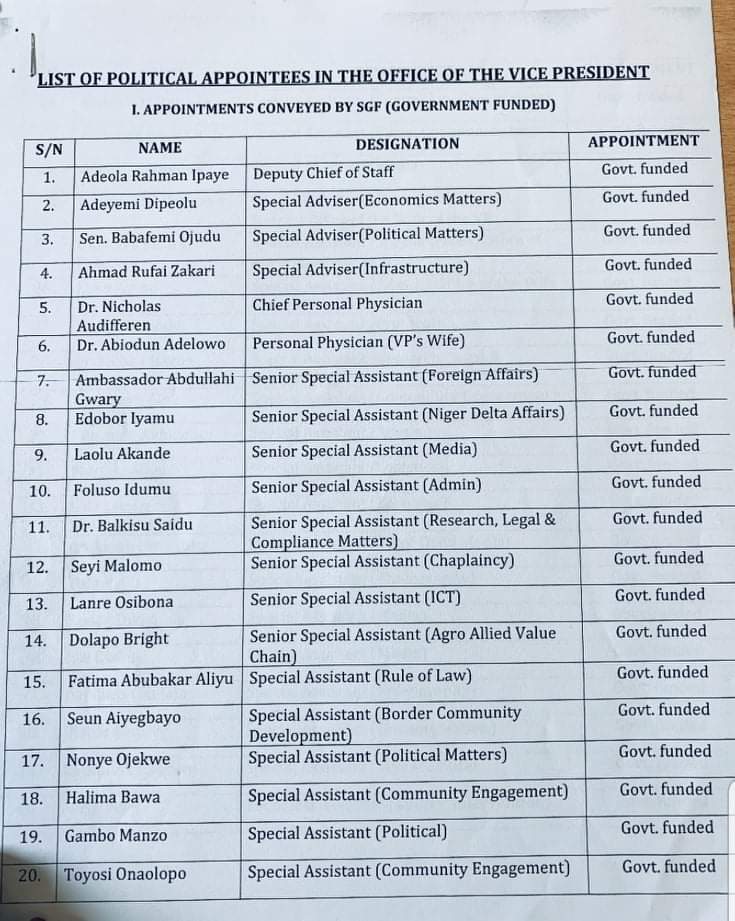 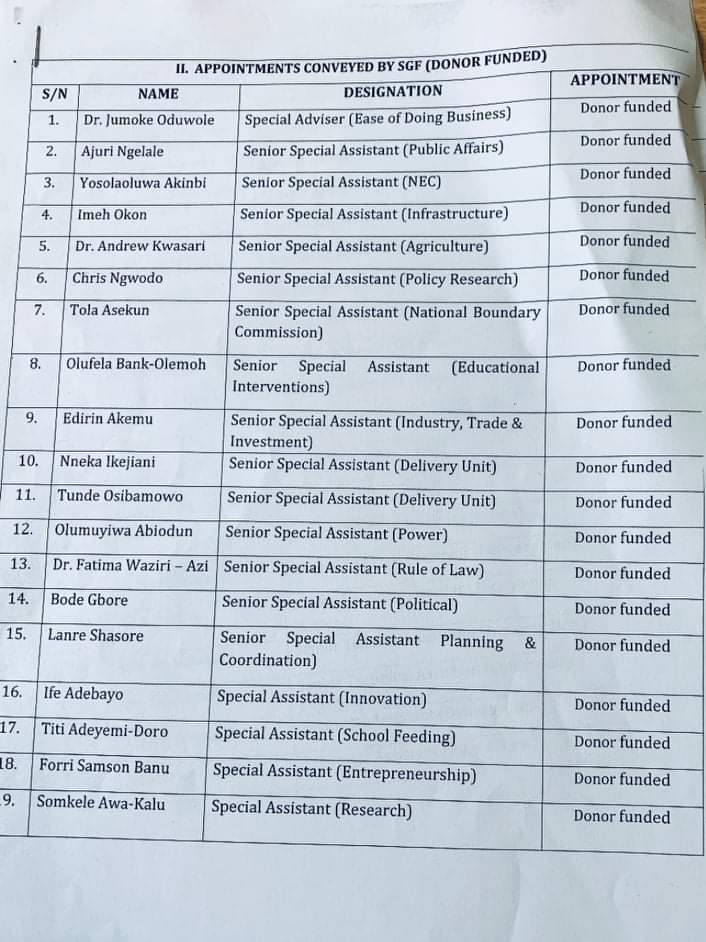 But it gets even more interesting. Osinbajo’s predecessor at Olive Tree Parish is pastor Olukayode Pitan. He is said to be the pioneer pastor of the parish. He pastored there from 1995 until 2009 or thereabouts when he handed over to Osinbajo.

Well, Osinbajo made him MD/CEO of the Bank of Industry (of course with the later approval of Buhari who had no clue what was going on) when he was acting president. That’s 4 pastors from the same RCCG parish!

Joseph Chiedu Ugbo, the MD/CEO of the Niger Delta Power Holding Company Limited, is another RCCG pastor whose appointment Osinbajo facilitated. (Osinbajo is the chairman of the company’s board.)

Another prominent RCCG pastor that Osinbajo caused to be appointed as Director-General of the Budget Office of the Federation is Ben Akabueze. He was (probably still is) the pastor of the Lagos Province 39 parish of the RCCG.

Jumoke Oduwole, Osinbajo’s SA on Industry, Trade, & Investment (from 2015 to 2019) and SA on Ease of Doing Business (from 2019 to now) is an RCCG member whose husband, Tunde Oduwole, is an RCCG pastor.

Afolabi Imoukhuede, who leads the Job Creation Unit and is part of the N-Power/Job Creation Cluster Lead of the National Social Investment Program (NSIP) in Osinbajo’s office, is an RCCG member, although it doesn’t seem like he is a pastor there.

In a June 20, 2020, interview with the Vanguard, he said, “when I met him in 2015, Vice President Yemi Osinbajo took the risk to appoint me as Senior Special Assistant to the President on Job Creation…” When he studied at UNILAG, the Vanguard story said, Imoukhuede “had come under the influence of the Redeemed Christian Church of God (RCCG).”

Edobor Iyamu, one of the over 30 Osinbajo appointees that the Presidency fired in 2019, is a pastor of the Jesus Family Parish of the RCCG in Ribadu Road, Ikoyi, Lagos.

What’s also interesting about the appointments is that these Osinbajo RCCG pastor-appointees always replicate their kind wherever they go. For example, almost all the management staff at the BOI that Pastor Kayode Pitan heads are RCCG members. The bank’s interventions also reflect the narrowness of the demographic profile of its management staff.

How to Make Sense of Osinbajo’s Bigotry

Yemi Osinbajo’s unflagging pursuit of appointing pastors and members of the Redeemed Christian Church of God every opportunity he has isn’t the run-of-the-mill nepotism we’re habituated to in Nigeria. It’s more sinister than that.

It’s the product of a deliberate, systematic agenda of theocratic state capture, which would certainly instigate national instability when it becomes noticeably manifest with a President Osinbajo.

You see, Osinbajo is merely the lynchpin of a phenomenon called entryism, which is the systematic, carefully preplanned infiltration of every structure of a government or an organization with the intention of taking it over from within.

Entryism isn’t exclusive to the RCCG, of course. The term actually came from Leon Trotsky, a Russian Marxist who recommended the infiltration of French workers’ parties by communists so as to change their form and character from within.

Northern Nigerian Salafists have a similar project, and it’s called “A shiga a gyara” (literally: “enter and correct it” but figuratively: participate in government to take it over from within). But they haven’t been successful so far.

So, Osinbajo’s RCCGification is particularly troubling because he is prosecuting a project that is beyond him. He is executing a plan that was conceived, birthed, and nursed by the RCCG whose General Overseer, Enoch Adeboye, prophesied that an RCCG member will become a Nigerian president in his lifetime.

Osinbajo thinks he is the fulfilment of that prophecy and that his march to the presidency is an inexorable manifest destiny that no one can stop. Osinbajo actually used the expression “manifest destiny” on March 22 to describe the expected outcome of the APC convention!

Many scholars of Nigerian Pentecostalism such as Professor Ebenezer Obadare who wrote the book “Pentecostal Republic: Religion and the Struggle for State Power in Nigeria” and Professor Ruth Marshall who wrote “Political Spiritualities: The Pentecostal Revolution in Nigeria” have brilliantly and carefully captured this.

Osinbajo’s RCCGification is the fullest realization yet of what I call Pentecostal theocratic entryism. His quest for the presidency is propelled by the desire to complete what he surreptitiously started during his commissionership in Lagos and continues during his vice presidency.

I’ll continue to expose it in the coming days and weeks.

In a country divided by two proselytizing religions, religiously inspired state capture is a recipe for disaster because it will inspire a forceful pushback from several constituencies—non-RCCG Pentecostals, non-Pentecostal Christians, Muslims, secularists, etc.—which would create another layer of instability on top of what we already have.

I’m doing my bit to warn the nation of the avoidable catastrophe that an Osinbajo presidency will engender.