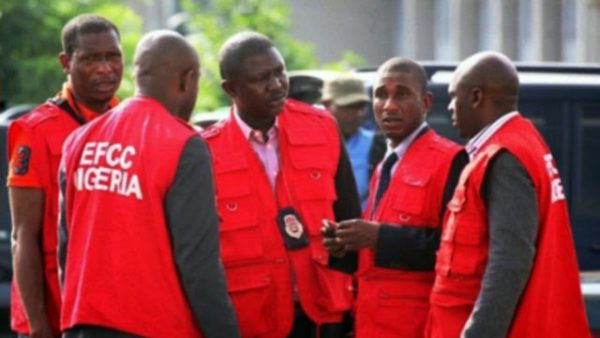 The Economic and Financial Crimes Commission (EFCC) has told former Aviation Minister, Femi Fani-Kayode and Yinka Odumakin, Afenifere’s spokesman to brace up to defend themselves in court over their claims on Walter Onnoghen, embattled Chief Justice of Nigeria.

Messrs Fani-Kayode and Odumakin had on Tuesday claimed the residence of Mr Onnoghen was raided by the EFCC.

While the former minister made his claim using his social media accounts, the spokesman of the socio-cultural Yoruba group made similar claim in a short video he dispensed on the internet.

The claim by the duo has been debunked by the anti-graft agency who has told them to brace up to face litigation from the commission.

It was also dismissed by Awassam Bassey, an aide to the jurist who described it as “untrue.”

“The attention of the Economic and Financial Crimes Commission, EFCC, has been drawn to the falsehood which has been spreading on the social media that the EFCC has arrested the Chief Justice of Nigeria, Justice Walter Onnoghen. This is not only a figment of the imagination of the purveyor of the fake news, but an evil machination by the creator and carriers of the news aimed at creating anarchy in the country,” the EFCC said in a statement on Tuesday.

“For the record, the EFCC never went to the house of the CJN for arrest neither was invitation extended to him.

“Several calls and short messages received all point to the fact that the brains behind the fake news had one thing in mind: to act as agent of destabilization. We would not give in to their plots.

“One of the architect of the fake news, Femi Fani-Kayode, was quoted as saying “Why have the EFCC surrounded the home of CJN Onnoghen and why are they seeking to arrest him? These people want Nigeria to burn! Buhari call off your dogs before it is too late! This is a democracy and not a gestapo state! In the name of God let this madness stop”. Another arrowhead of the fake news, Yinka Odumakin shared a non-existent video which has gone viral.

“We want to assure Nigerians that while we would fight corruption in line with the mandate setting up the Commission, agents of darkness, in the likes of Femi Fani-Kayode, Yinka Odumakin and his cohorts, would never be able to manipulate the people against the Commission.

“We also want to assure Fani-Kayode, Yinka Odumakin and other purveyors of the evil news to be ready to defend their actions in the court of law as the EFCC will file libel suit against them without further delay,” the commission said.