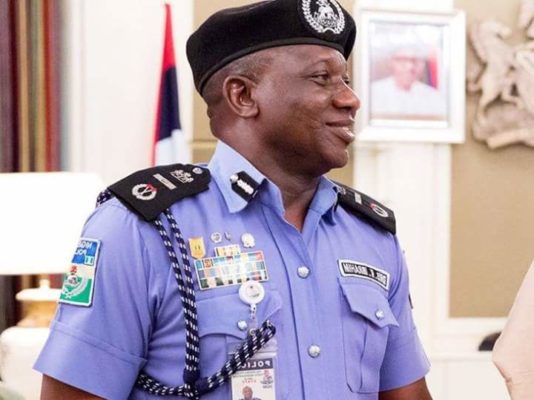 Mr Obasanjo launching the attack said Mr Idris is known to rig election. The former president, however, thanked President Muhammadu Buhari for not extending the tenure of the former police boss.

Mr Idris did not leave the force without going controversial. His face off with the legislative arm of government and some opposition politicians is one that won’t be easily forgotten.

He is also known to have flouted presidential orders handed down to him by the president without being sanctioned.

The president was rumored planning to extend the tenure of the former officer, But he proved his accusers wrong by appointing Mohammed Adamu as the current Inspector General of Police.

This has earned Buhari praise from Obasanjo who alleged the president was planning to rig the upcoming general election.

“I personally commend the President for yielding to popular outcry to let the former Inspector-General of Police, Ibrahim Kpotun Idris, go when he is due as he had the track record and history of being assigned to rig elections for the incumbent,” he said during his state of the nation address on Sunday.

“It was alleged that he was sent to Kano for that purpose in 2015. He was already deploying his Commissioners of Police on similar mission before his exit.

“He was already deploying his Commissioners of Police on similar mission before his exit. We must all encourage the new Inspector-General of Police, Mohammed Adamu, to tread the path of professionalism, even-handedness, respect and new image for the Police.

“While Nigeria must appreciate Buhari for the little he has done and allow him to depart for home in peace if he allows free, fair, peaceful and credible elections, we must also tell ourselves that Nigeria deserves better at this point in time than what Buhari is capable of offering. History will note that he has been there. Nigeria now needs a man with better physical and mental soundness, with an active mind and intellect.

“Let me say again that Nigeria belongs to all Nigerians and exists for the benefit of all Nigerians and non-Nigerians who desire to live or do business in and with Nigeria. The attitude of “it is my turn and I can do what I like” with impunity will not last because Nigeria is created by God and it will outlive all evil machinations and designs against the overall interest of Nigeria,” Obasanjo said.

Mr Idris is yet to respond to the allegation levelled against him.