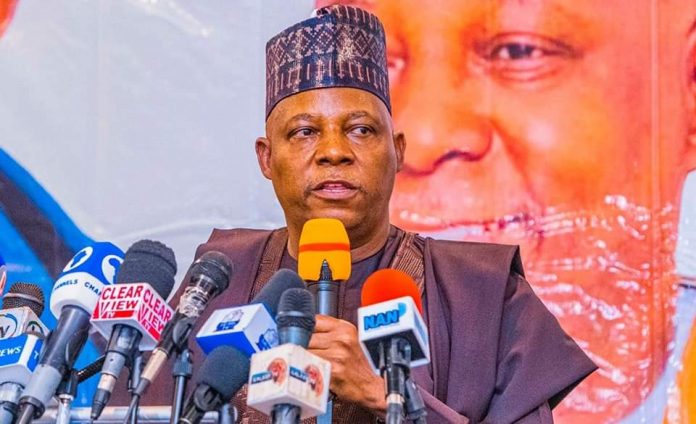 One hackneyed fallacy regularly bandied around in the Nigerian social media spheres is that people fail to retrospectively learn from their experiences because “history was removed from the Nigerian school curriculum.” As a cure for this inability to introspect, commentators suggest re-introducing history into the school curriculum. Listening to them, one gets the impression they take history lessons as a pre-packaged set of factoids, already interpreted and unnuanced, and handed out to be weaponised by those who need them to win low-stakes arguments on social media. Learning history is a lot more, of course. It is a process that, perhaps more than anything, trains the mind to think.

History should be a compulsory subject but it is no magic bullet against wilful ignorance and outright buffoonery. Even if historical events unfolded before everyone’s eyes, some dubious historians like the All Progressives Congress vice presidential candidate, Kashim Shettima, would still process it poorly. On Thursday, at the 96th anniversary celebration of the Yoruba Tennis Club in Ikoyi, Lagos State, Shettima was quoted to have said that Nigeria needed the “hospitality” of late despot General Sani Abacha. In a moment of being possessed by his own wit, Shettima reeled out the list of Nigeria’s past leaders—some of whom should have been locked away for their crimes against humanity. He extrapolated what he thinks are their distinct qualities and then ascribed them to his principal, Bola Tinubu.

After his faux pas was published, Shettima refuted the account and even worsened his case by saying he did not describe Abacha as “hospitable.” Now, it is becoming a pattern that Shettima would goof and then add another blunder while clarifying his initial position. Rather than hospitable, he said he meant “ruthless and taciturn.” Well, it is not uncommon to hear people yearn for a strongman leader, saying only a brute can handle Nigeria and its recalcitrant problems. Presidential media aide, Femi Adesina, too once suggested Nigeria needs a leader who will beat him—and the rest of his ilk—on the head like an illiterate goat until they submitted. Psychologically damaged people frequently fantasise about some mythical brute force to correct their vacuity in their souls and, in the process, settle for abuses.

Even a cursory observer of African history cannot but be wary of recommending a strongman leader. Our history is packed to the brim with such characters. They came in the guises of statesmen but ended up as executioners, plunderers and despoilers of humanity. What did they leave in the wake of their misrule other than sorrow, tears and blood? Countries like China can at least balance the repression against the economic and technological advancement their strongmen leaders achieved, but what is Africa’s testimony? We are the most underdeveloped of human societies. Our own set of leaders had no pride in their identity; their lack of historical awareness was unfortunately matched with their inability to envision a future. They lived mostly in the present, voraciously consuming both the natural resources and the flesh of their citizens. Most of these leaders did not at least match their ruthlessness with intelligence and a measure of good leadership instincts that would have made some sacrifices worthwhile. They spent decades in power and achieved practically nothing for their respective countries.

Look at President Muhammadu Buhari, whom they sold in 2015 as that strongman leader. They said he possessed the will and moral force to enforce tough policies that Nigeria needs to thrive. How far did that myth go before it was spent?

Strongmen leaders in our part of the world serially failed to effectively organise society through brute force. They mostly lacked the necessary ethical spine to sustain administrative decisions and the potential of their acclaimed force to achieve anything worthwhile gets delimited by their greed and lack of self-mastery. To be able to loot in peace, they would eventually have to capitulate to the other vultures hovering around them, feasting on resources as if tomorrow would not come. The ruthless leaders we have had in the past could not reform some of the biggest sources of waste of resources such as fuel subsidies and forex arbitrage. For 30 odd years, Nigeria has debated the merits of the fuel subsidies. None of our leaders since the ’80s, including the military despots who professionally embodied the strongman persona, could organise meaningful reforms. Their ruthlessness did not extend to confronting the real sources of national problems. Another supposed strong leader in power will merely take us through the routines of suffering and all for nothing.

Finally, it is interesting how, in campaigning for Tinubu, Shettima serially derides “nice men” as unfit for power. Perhaps it has not yet occurred to him that he could one day be at the receiving end of “ruthless and taciturn” power. Has he studied Tinubu’s public record of leadership? He should. In the space of eight years as governor, he alone had three deputies; two of them left under controversial circumstances. By the time he left office, Tinubu’s ego had been so wedded to the governorship he haunted Alausa like a ghost of a man who died without descendants. They had to create the title of “governor emeritus” to assuage his anxieties about being a former governor.

For a man whose propagandists like to claim he has a distinguished record of recruiting the best people to work with him, it is also ironical how much he fears being outshone. His immediate successor in office almost did not go for a second term because, as that one became quite popular, their relationship grew acrimonious. The governor that succeeded that one was not so lucky; he ended up as a one-term governor. If the incumbent Lagos governor has survived without the tumultuousness that characterised his two predecessors’ relationship with Tinubu, it is partly because he has not acquired any public profile that threatens their godfather. Besides, now that Tinubu has finally found a path to the topmost office of the presidency, preying on his successors is less a priority. God help Lagos if he loses next year’s election.

Shettima probably finds such power tactics sexy. He should wait until they unleash the ruthless force of their political machinery on him. Then he will realise “ruthless and taciturn” is not cute when you are at its receiving end. An insecure man with a woeful record of relating with his deputies is unlikely to cherish Shettima’s tendency to snag media headlines especially if he outshines his principal whose present taciturnity might as well be due to physiological issues. Shettima will then learn that “ruthless and taciturn” are traits of weak men and they are not exactly desirable when used by someone with almost unregulated executive power. When that day comes, he will long for the generosity of spirit that defines the “nice men.”

Abimbola Adelakun works with The Punch newspaper in Lagos, Nigeria, as a writer.
Other posts from author.