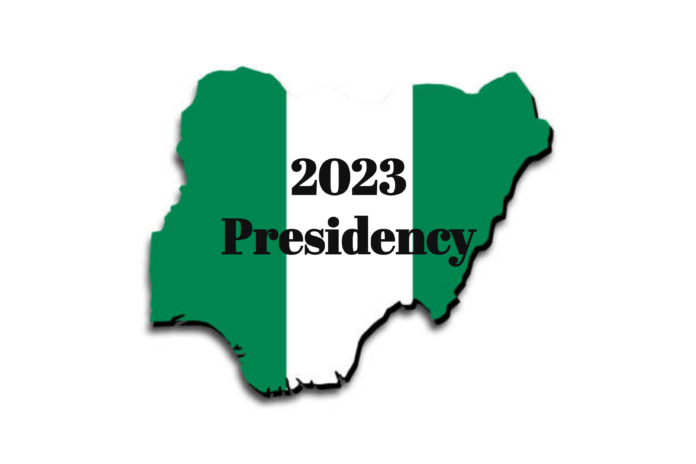 On May 29, 1999, Olusegun Obasanjo, for the second time in two decades, took the oath to assume office as Nigeria’s head of state, this time with an electoral mandate. His predecessor was Abdulsalami Abubakar, another four-star General who had mid-wifed an 11-month long transition following the death of General Sani Abacha on June 8, 1998.

It was the second time in as many decades that that Abdulsalami and Obasanjo would be principal actors in the final hours of a generational transition. On October 1, 1979, Obasanjo, a four-star army General, stood down as head of state, handing over to an elected civilian successor, Shehu Aliyu Shagari. On the same day he also retired from the military. On that day in 1979, “Abdulsalami Abubakar, then a lieutenant colonel, was also there, as the commander of the inauguration parade”. In 1979, Abdulsalami pulled Obasanjo out of service. In 1999, he pulled him back into service.

23 years after that repeat relay between Obasanjo and Abdulsalami (Generals both) returned Nigeria to elective government, the country is again looking for a chief executive, and party primaries designed to winnow the search are about to come to an end. So much has changed in the past quarter century in Nigeria’s politics, yet so much remains the same.

As the party primary season winds to a conclusion, the country has seen a growth industry in the vocation of fortune tellers seeking to outdo one another in predicting the destination of the presidential chalice when the elections come to take place in February 2023. Despite the best efforts of the fortune-telling industry, however, Nigeria’s rules of presidential succession are actually quite constant. They have not changed much since they were first deployed.

Azubike Ishiekwene summarised the highlights of these rules in a much-underrated column on April 28. The first – you can always take this to the bank – is that Nigeria’s presidency has never gone to the highest bidder for, as Azu points out, “there is something in the DNA of the power brokers that resents big political spenders.” In Nigeria, separation of powers means that in order to guarantee the spoils of power, big money and political power at the highest levels are never concentrated in the same person. When Moshood Abiola threatened this rule 30 years ago, Ibrahim Babangida nullified his election.

There is another rule just as constant as the first and no less important. It is that in Nigeria, the presidency is not for trainees. Since after the first post-colonial leaders, the job of leading Nigeria has always gone to someone who knew his (they have all been men) way around the halls of power. Intimate propinquity to power in Nigeria has always been an essential requirement for attaining it.

This cyclic, even circular, passing of the baton has characterised presidential transitions in post-colonial Nigeria since its earliest days. Aguiyi-Ironsi, the first post-colonial ruler of Nigeria to unify the jobs of head of state and head of government was the general officer commanding (GOC) the Nigerian Army, as the head of the army was then known. After he was killed around July 29, 1966, his position went to Yakubu Gowon, until then Aguiyi-Ironsi’s second-in-command as the chief-of-staff, Supreme Headquarters.

The Principal of Barewa College (the High School in Zaria, Kaduna State famous for producing Nigeria’s rulers) who had the duty, at the end of July 1975, of announcing to his students that one of their illustrious old boys had been ousted as head of state, would blunt the solemnity of his message with the assurance that the successor was, like the ousted ruler, also a former Barewa head boy. Murtala Mohammed, whom Gowon had himself appointed as his minister for Communications in 1974, was not just any old boy of Barewa College. Like Gowon, who preceded him to the school, Murtala was also a Barewa head boy. Before becoming head of state, he had also served as a member of Gowon’s Supreme Ruling Council and aide-de-camp to Moses Majekoudunmi, the presidency physician and minister whom Prime Minister Abubakar Tafawa Balewa, later appointed administrator of the Western Region during the emergency.

Following the assassination of Murtala Mohammed on the eve of Saint Valentine’s Day, 1976, Olusegun Obasanjo, his second-in-command, moved up to become head of state.

The rule of succession by propinquity to power has held good for both military and civilian rule in Nigeria. Shehu Shagari, who took over from Obasanjo as elected civilian ruler in 1979, had served in every government (except Aguiyi-Ironsi’s) until then. When Obafemi Awolowo resigned as the Finance minister and as the effective vice-chair of the cabinet in 1971, Shagari replaced him in both roles. It meant that Obasanjo, whose destiny it was to manage that transition, knew Shagari well, having joined Gowon’s cabinet in 1974 as minister for Public Works and worked with him as a colleague in the cabinet after Awolowo left. Those who worked hard to install Shagari in 1979 as elected civilian president were confident, not merely of his networks around power, but also of his history of proximity to it.

Muhammadu Buhari, whom the military power-brokers settled on to take over when they toppled Shagari on the last day of 1983, was no stranger to Nigeria’s power palaces. One of the leaders of the 1975 coup that usurped Yakubu Gowon, Buhari ran General Shehu Musa Yar’Adua close in February 1976 for the role of military second-in-command to Olusegun Obasanjo. Before becoming military head of state, he was military governor, member of the Supreme Military Council, Petroleum minister, and a general officer commanding (GOC) in the Nigerian Army.

Buhari’s nemesis in August 1985 was his chief of Army staff and contemporary, Ibrahim Babangida, who, like Buhari, and as told by his biographer, Dan Agbese, had logged a long record of active service in government and in military coups.

Ernest Sonekan, whom Ibrahim Babangida appointed to succeed him in leading the Interim National Government (ING), was no stranger to power himself. Unknown to most people, Sonekan had, from the beginning of the Babangida regime in August 1985, “also moonlighted as chair of an informal, nine-person Advisory Council to the Babangida regime.” He knew the neighbourhood of power well and all who navigated within it.

Sani Abacha, who retired Sonekan and his ING, had also announced the installation, as well as the retirement of the two regimes before Sonekan. He was not just an active dealer in the enterprise of propinquity to power in Nigeria; he owned it. At his death in June 1998, Abacha had been at the centre of the rise and fall of every regime in the country for one decade and a half.

Abdulsalami Abubakar, Abacha’s successor, was the officer in the senior-most professional role and a senior member in the ruling military council from the Babangida years.

Obasanjo’s installation as elected ruler in 1999 crystallised a long history of dressing up a martial game of musical chairs in civilian lipstick, from which both the soldiers and civilians involved (for themselves and for the benefit of their descendants) have always made good.

Umaru Musa Yar’Adua, who succeeded Obasanjo, was the younger brother of Obasanjo’s military second-in-command and the son of the first minister of Lagos Affairs in post-Independence Nigeria. When he died in May, 2010, his vice-resident, Goodluck Jonathan, took over the mantle.

When he was elected in 2015 as Nigeria’s president, General Muhammadu Buhari, was the longest active politician alive in Nigeria. He had been active in military coups and government for an unbroken half century.

It is not too difficult to hazard a stipulation as to who will not be Nigeria’s president in 2023. The person specification for the job says “trainees are not welcome”. Already, the opposition Peoples Democratic Party (PDP) has nominated former vice president, Atiku Abubakar, as its flag-bearer. He has been in active pursuit of the office for three decades. President Buhari has informed the ruling All Progressives Congress (APC) that he will be designating his own successor, making it all but certain that the convention for the APC presidential primary will be a ratification, not an elective one.

It may be up to the people of Nigeria to decide whom they wish to hire as their leader in 2023 but one thing is assured: the rule of intimate propinquity to power as a determinant of presidential succession will hold strong.