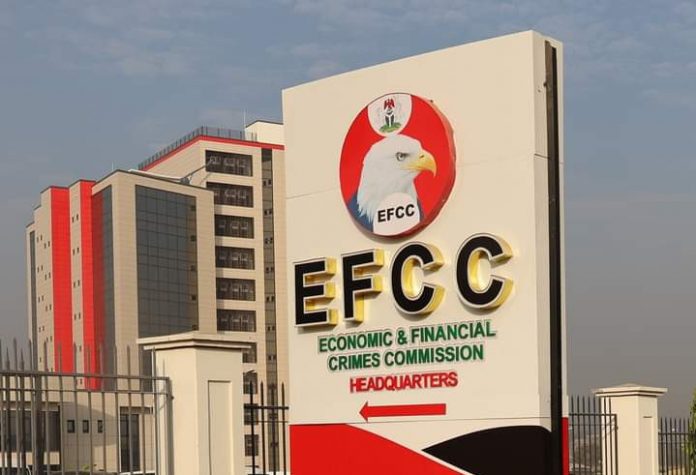 Three serving state governors being monitored by the Economic and Financial Crimes Commission (EFCC) over stashed funds running into billions of naira have been named.

Chairman of the anti-graft commission, Abdulrasheed Bawa, in an exclusive interview with Daily Trust on Thursday, said the commission was tracking the disbursement of the alleged illicit funds stashed by the governors in different locations.

He said the governors under the commission’s radar have devised various means to disburse the stashed billions of naira, including through cash payment of monthly salaries, following the recent naira notes redesign by the Central Bank of Nigeria (CBN).

The apex bank had directed the returns of the current N200, N500 and N1000 notes to financial institutions in the country, saying they ceased to remain legal tender January 31, 2023.

The redesign policy has rattled individuals who hoarded funds outside the banks and the need to beat the deadline is forcing them to devise means of disbursement, including resorting to changing the naira notes to foreign currencies, a development that has affected the exchange rate at the parallel market.

Speaking on the development, Mr Bawa said the EFCC will continue ongoing raids on Bureau De Change operators while the governors he refused to name will be closely monitored.

He said the governors were attempting to violate Section 2 of the Money Laundering Prohibition Act.

“Let me tell you something, the Intel that I have yesterday (Wednesday) and I would want you to take this thing very seriously. Already, some state governors that have some of this cash stashed in various houses and the rest are now trying to pay salaries in cash in their state,” the EFCC chairman noted.

“I don’t know how they want to achieve that but we have to stop them from doing that. Well, we are working, they have not paid the salaries in cash yet but it is a very serious thing.

“The law is very clear regarding cash transactions. Anybody that is to consummate any cash transaction as an individual, if it is not through a financial institution must not be above N5million and if it is above that it is criminal for you to engage in such transaction. And for corporate entities it is N10million.

“Yes, I agree the salaries are not up to that (afro-mentioned amounts) but why are you all of a sudden, and all along you have been paying people salaries through their bank accounts and now you want to pay them in cash, what are you trying to do? They will come under a lot of guises, they are trying to do verification of officers, that is what we have gotten,” he revealed.

In an exclusive report by Sahara Reporters, the suspected governors have been named to include Nyesom Wike of Rivers State, Bello Matawalle of Zamfara and Umar Ganduje of Kano State.

The online medium quoting anonymous sources at the EFCC also said the funds were stashed in various locations in Abuja, Port Harcourt and Kano.

“The three governors we are monitoring are Governors Wike, Matawalle and Kano’s Ganduje,” one of the sources revealed. “Billions of naira stashed in their homes in Abuja, Port Harcourt and Kano have been discovered.

“These three state governors were caught trying to move these huge sums of notes kept in their residences after the CBN announced its decision to redesign the naira notes.

“They are in billions; that of Ganduje is purely kept in Kano but he has used some parts to pay for a hotel he’s building in Abuja. The hotel is at the back of the Nigerian Air Force Conference Centre.

“Zamfara governor, Matawalle kept his own in some houses he owns in Abuja while Wike has his own kept in Abuja and Port Harcourt,” the source added.

A spokesman to Mr Ganduje, caught in a 2018 video clip stashing wraps of dollars in his clothes, refused to comment for this story when contacted on Friday. Attempt to reach the spokesmen of Governors Wike and Matawalle respectively were not successful as at press time.