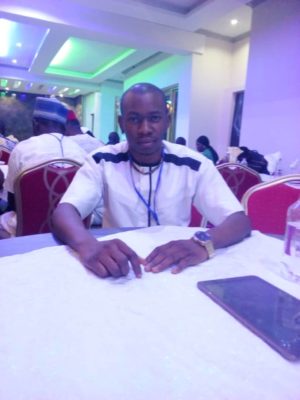 THERE WAS A GOVERNOR.

I have never attached any distinct prominence to his Excellency, Governor Ifeanyi ugwuanyi except the little prestige that accompanied his ability to defy logic and political projections evident in his victory at the boisterous and crafty PDP primaries in Enugu 2015, to emerge the Governorship flag bearer of the party in a shocker that left political observers in awe.

I have never dreamt of being in a close range with the grand commander of the youth project in Enugu and Nigeria at large, neither have I voyaged into the verisimilitude of addressing him or listening to tap from his ocean of experience as a pioneer of the Nigerian project.

I have therefore allowed mere speculations, assumptions and hear-say to form the fulcrum of my perception of him. I have learnt a lesson that judging from a distance, leads only to impaired and uninformed conclusions.

It was on 10th January, 2019 that I wrote to Governor Ugwuanyi seeking support from him. Not because he is the governor, but I felt I have tried in my capacity to establish a giant media house in Nigeria where currently we have 5 staffs ,and I know that the governor is the type who also has the desire to support the startups of youth entrepreneurs to grow.

I was surprise I got a call from the Governor himself on 12th January at 6:23pm telling me that he will assist me in his own capacity. That my project is a nice one which will also create more job on the long run. I almost felt it was like a dream hearing from him. In his tone and language, he assured me to support me -Onugwu Hibiscus, however, he promised it would be immediately after the general elections as a he is very busy now.

I think the youths of Enugu state have a gold in their hand by having such a governor in power who listens to everyone not minding who you are, where you come from. I am not a member of any registered political party in Nigeria ,not even a politician and don’t even have interest in politics. My interest is to see I impact on people, create avenue that will create jobs, that was why I learned few skill that helped me to register my first company, Vistacool Technologies LTD back 2013 even as a student then. I handled minor contracts on ICT for few organization. I pay my school fees also support my friends who are in law faculty in UNEC,assit the less privilege in the society as today few familys are still eating from that effort I made back few years.
.
As a reward for my good work,
I got a text message from SSA on youth that I was nominated as 50 most influential youths in the state in 2018.

My second encounter with Gov ugwuanyi has cleared all my doubts about the governor. I now believe that we have a leader who is a born again, has the interest of people at heart and on a mission to turn Enugu State to Nigeria Dubai.

On 17th January I received a call from John Martin Chidozie, a governorship aspirant who intimated me of an impending visit of a youth alliance group in Enugu that wanted to pay a visit to the governor. He invited me to be part of the group. I declined, bringing to his fore that I don’t hobnob with politicians. However, after making it clearer, the motive of the visit which was all about youth advocacy for good governance, I decided to join him.

The essence was to partner with the government to help them train youths on skill acquisition.

On the slated date to sew the governor, I was a bit late because I was not in Enugu town. I had to meet them at the government house. Immediately, we were ushered in to the visitors room and in a couple of five minutes, Governor ugwuanyi joined us, took his time to give each of us a shake. A formal introduction followed. I was moved to shed tears on hearing the governor speak to us about what is happening in the state and what he has done for people around him. I was of the perception that the governor is enjoying the glory of his father’s wealth, until he told us he personally trained himself. In a challenging and fatherly tone he asked us if any of us here trained ourselves from secondary level till date, I and eleven others were able to identify with him.

He listened to everyone of us with rapt attention and while we spoke, he jotted down the points we made including the advice and solutions proffered. I couldn’t brace up with the realities, I felt my eyes where still covered with the biblical scale that blinded Saul on that ignoble journey to Damascus. The great Governor ugwuanyi taking advice from young us? We felt like we were the best political tacticians of the era and each and every one of us wore a face of pride and satisfaction. It was unbelievable to have advised Governor ugwunayi , our happiness was extensive without bounds.

Only in Ugwunayi resides a reformer, humanitarian politician, intelligent leader and an economic pace-setter. What an understatement!

What more can we expect from a true leader? It is a rare quality for a Nigerian politician to listen and assimilate the ideas of young us. A listening leader will meet not only the yearnings but also the aspirations of the people.

That singular characteristic has placed him in a vantage position that is not provided by mere mortals but prompted and made inevitable by the current situation of the country to liberate us from the woes of this era and place Nigeria once again in the hands of Nigerians where everybody especially the youths, irrespective of religion, region and tribes would be provided with a veritable atmosphere to hatch and harness their potentials.

It is a call to duty!

He spoke in a low tone, he was very apt and honest in his speech. I expected a barrage of hate speeches, insults, and diatribes on his perceived enemies and political adversaries as is ideal of Nigerian politicians, but I was roundly disappointed!

The two hours informed a lifetime opinion, and the lessons of those hours are capable of leading me not just for the rest of my life but also enough to overflow in my next coming.
A new generation leader and a healthy, dogged bridge builder lives in Gov Ugwuanyi.

However, the opposition party has resorted to a cheap propaganda by using a post I made previously about the working Governor to speak ill of him in a bid to detract me.

For this, those other political parties in the state who have no blueprint, and roadmap for their campaigns, should stop draging my name in the mud in order to score cheap political point following my previous write up.

They have resorted to mudslinging. They claimsl that the Governor is one who does not love entrepreneurs and doesn’t support people with vision, and that he would prefer to give only peanut to party members. In strong terms, I condemn this attempt to present the Governor in a bad light. And for the records, the Governor is a man who is indiscriminately responsive in advancing the course of Nigerian Youths and I know, he will personally support my project.