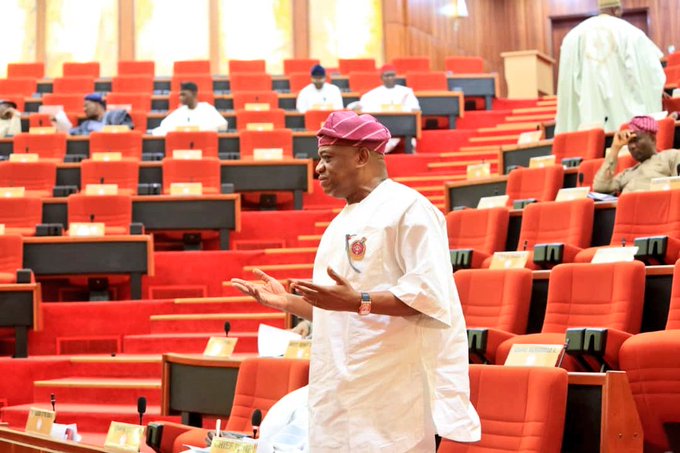 Orji Kalu, Senate Chief Whip, says the worsening state of insecurity in the country has improved hence there is no more threat of impeachment against President Muhammadu Buhari.

Late July, lawmakers of the Peoples Democratic Party (PDP) staged a walk out during session at the Nigerian Senate after one of them was prevented from initiating discussions about the worsening state of insecurity in the country at the floor of the red chamber.

Thereafter, impeachment threat against the Nigerian leader was issued with an ultimatum spanning six weeks. Some lawmakers of the All Progressive Congress (APC) supported the move aimed at ousting Mr Buhari should insecurity deteriorates further.

The lawmakers returned from the recess on Tuesday and the Abia North Senatorial representative said the talk about impeaching the president was not discussed.

He said the security situation in the country has improved and the ruling party has the numbers needed to frustrate whatever moves the opposition may resort to.

“The issue of impeachment is a non-existing issue,” Mr Kalu told reporters. “Nobody is talking about it. Even if they try, they will fail because we have the number to resist it.

“There is nothing wrong with a lawmaker coming up with an impeachment threat but will they succeed? No! So, as far as I am concerned, there is no discussion about Buhari’s impeachment because security has improved.

“We have been meeting with the service chiefs and some of you were there and can testify that the issue of security has improved and it will keep improving,” he added.