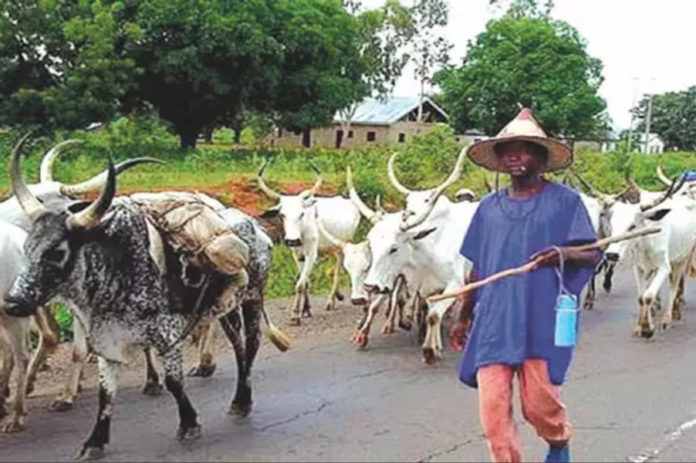 Foremost separatist group in the South-East geo-political zone, Indigenous People Of Biafra (IPOB) has vowed to enforce the ban on open grazing in the Igbo speaking areas beginning from April 27, 2022.

The group, in a statement by its spokesperson, Emma Powerful on Monday, said the new directive is in tandem with state laws banning the movement of cows publicly to prevent further herders and farmers clashes which at times leave the host community destroyed.

Since states in the Southern region banned open grazing, the federally-controlled security agencies have been reluctant to enforce it, leaving it in the hands of non-state actors in the South-East and South-West zones.

“We the global movement and family of the Indigenous People of Biafra (IPOB) under the command and leadership of our great leader Mazi Nnamdi Kanu, wish to make the following clarifications concerning the ban on the movement of Fulani cows which will take effect from the April 27, 2022,” reads the statement.

“From April 27, 2022, we shall commence the enforcement of the ban on open grazing which has since been pronounced by South-East governors and passed into law by many states in Biafraland but the Nigerian security agencies have failed to enforce them. Thus, from the said date, no cows should be seen roaming the streets of Biafraland.

“From April 27, 2022, anybody interested in cow business anywhere in Biafraland, must have a ranch and properly mark the cows. Cows seen outside ranches with effect from this date shall be treated as contraband products. Owners of such cows should blame themselves.

“Owners of cows and ranches should properly mark them with their ranch name or symbol for easy identification.

“The above measures have become necessary to stop the senseless and wanton killings in our land by Fulani jihadists masquerading as herdsmen. We want to stop the incessant invasion of our communities and raping of our mothers and sisters by Fulani herdsmen. Enough is enough!

“Our action is not targeted against any tribe. We are only taking this measure as a necessity for self-preservation.

“Igbo people alone in Biafraland spent more than N3 trillion every year on cows. We, therefore, want to stop using our money to finance the genocidal attacks on our people by Fulani herdsmen. Let them keep their cows so that we may have our lives.

“We want our people to breed native cows on our land and also put them in a ranch. We won’t tolerate the wandering of cattle again in our land,” the group warned.