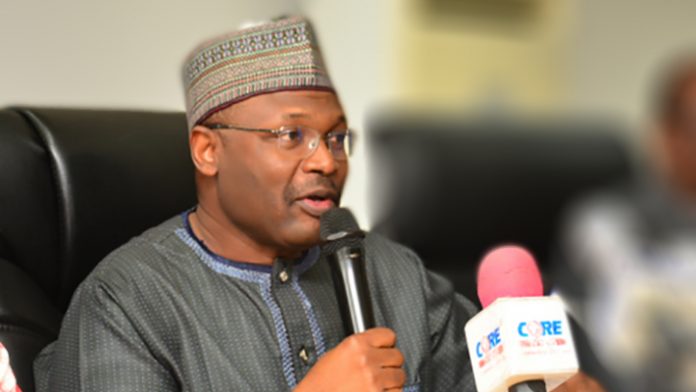 The Independent National Electoral Commission (INEC) has announced July 31, 2022, as the last day for qualified Nigerians to enroll in the ongoing Continuous Voter Registration (CVR) to enable them to vote in the 2023 General Elections.

Mr Festus Okoye, INEC’s National Commissioner for Information and Voter Education Committee, announced this in a statement on Friday.

Okoye said the new deadline followed a judgment delivered by the Federal High Court on Wednesday which dismissed a suit filed by the Socio-Economic Rights and Accountability Project (SERAP) against the commission’s initial plan to end the CVR exercise on June 30.

“The Court has affirmed that INEC is at liberty to appoint a date of its choice to suspend the CVR, provided it is not later than 90 days before the date fixed for the General Election as provided in Sec. 9(6) of the Electoral Act 2022.

“With the judgment of the Federal High Court, all legal encumbrances have now been removed. Accordingly, the Commission has taken the following decisions: The CVR is hereby extended for another two weeks until Sunday 31st July 2022, thereby bringing the total duration of the extension to 31 days (1st – 31st July 2022).

“The exercise has also been extended to eight hours daily from 9.00am – 5.00pm instead of the current duration of six hours (9.00am – 3.00pm) daily; and the exercise is also extended to include weekends (Saturdays and Sundays) as against only weekdays,” he said.

Okoye said suspending the CVR exercise will afford INEC the time to clean up its register by removing multiple registrants using the Automated Biometric Identification System (ABIS), albeit under a constricted timeframe.

Meanwhile, INEC has projected that by the end of the CVR exercise, about 95 million voters would have been captured on its register. This implies the addition of about 11 million voters to the register since the 2019 General Election when the total number of registered voters in the country was 84,004,084.

Okoye said the commission will now: “Consolidate the national register of voters (existing voters and new registrants) and display same on Polling Unit basis for each of the 8,809 Registration Areas (Wards) across the 774 Local Government Areas nationwide for public scrutiny. This lasts for a period of one week. On the basis of a new projection of 95 million voters, on the basis of 10 voters per page, the Commission has to print 9,500,000 pages for the display;

“Print millions of Permanent Voters’ Cards (PVCs) for all fresh registrants and applicants for transfer and replacement of lost or damaged PVCs;

“Ensure that there is ample time for voters to collect their PVCs ahead of the 2023 General Election;

“Print the final register of voters in triplicate for the 2023 General Election involving a projected 28,500,000 pages for accreditation and display at 176,846 polling units for national elections (Presidential and National Assembly) on 25th February 2023 and State elections (Governorship and State Assembly) on 11th March 2023; and

“Make copies of the updated national register of voters available to political parties not later than 30 days to the date fixed for the General Election.

“We appeal for the patience and understanding of all Nigerians as we conclude the exercise which will resume after the 2023 General Election.”