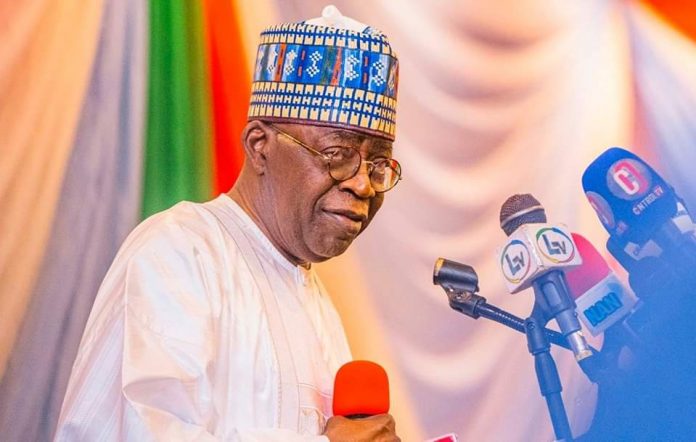 Bola Tinubu, the presidential candidate of the All Progressive Congress (APC) says he does not make use of the social media anymore because of the negative impacts it has on him.

Mr Tinubu, a former Lagos State governor, in a trending video on social media says his blood pressure usually goes high each time he makes use of it.

“I don’t read social media anymore,” the former governor told the amused audience. “They (users) abuse hell out of me.”

“If I read it I get high blood pressure, I get angry. I don’t read it.”

He also said abuses and other negative remarks therein gets him angry, reason he has refrain from using it. He also said he relies on what his children and aides tell him that is ongoing on social media.

“So, if I want to hear anything, my children or any of my workers will tell me, this one said this one. If I’m tired I will please forget it,” he added.

Last year, the Buhari regime banned Twitter, one of the social media platforms in the country while threatening to subjugate others should they fail to meet demands, including access to censor dissenting voices.

It claimed that micro-blogging site refused to yank off Nnamdi Kanu, detained leader of the Indigenous People Of Biafra (IPOB) from its platform and supported the historic #EndSARS protests nationwide demanding the scrapping of the defunct police brutal unit.

Earlier this year, the regime lifted the ban, claiming the networking platform has met conditions but analysts suggest the electioneering season forced it into doing so.