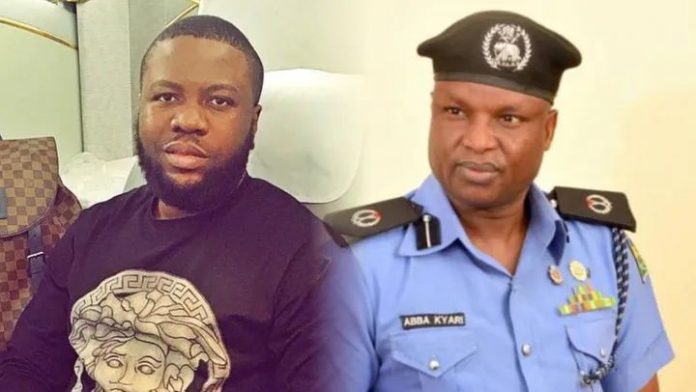 The Federal Government of Nigeria on Thursday granted the United States of America’s request to extradite Abba Kyari, the suspended commander of the Police Intelligence Response Team, over his alleged involvement in $1.1 million wire fraud.

Abubakar Malami (SAN), the Attorney-General of the Federation and Minister of Justice, revealed the government’s decision when he applied for Kyari’s extradition before the Chief Judge of the Federal High Court in Abuja.

This comes some weeks after Mr Malami said in an interview on Channels Televison that there were ongoing extradition talks between the Nigerian and U.S. governments over the pending charges against the suspect in the U.S.

Mr Kyari, a celebrated police officer was named among co-conspirators of Ramon Abass, aka Hushpuppi, an Instagram celebrity, in a multi-million-dollars money laundering fraud.

The application “for the surrender of Abba Alhaji Kyari, who is a subject in a superseding three-count indictment” was filed under the Extradition Act and marked FHC/ABJ/CS/249/2022, reports Vanguard Newspapers.

The AGF said the crime Kyari is accused of is neither political nor minor. “If surrendered, he will not be prejudiced at his trial and will not be punished, detained, or restricted in his personal liberty by reason of his race, nationality, or political opinions,” Malami stated.

According to the AGF, surrendering him will not be unfair or burdensome, nor will it be an excessive penalty, given the circumstances of the crime.

Malami further said that Kyari had been charged with the crime for which his surrender is being sought. He said that Kyari was not facing any criminal charges in Nigeria for the same offence.

In April 2021, a jury filed an indictment against Kyari with the approval of the U.S. District Court and demanded that Kyari stand trial for conspiracy to commit wire fraud, money laundering and identity theft.

The US Embassy requested Kyari’s extradition after a deputy clerk of the court issued a warrant of arrest.

Mr Kyari, while on suspension over his role in the Hushpuppi’s case, was fingered by the National Drugs Law Enforcement Agency (NDLEA) in a 25kg cocaine deal earlier this year.

The anti-narcotic agency, on February 22, 2022 obtained an order of the Federal High Court in Abuja to detain him and his co-suspects for two weeks.

The two weeks period has yet to lapse.