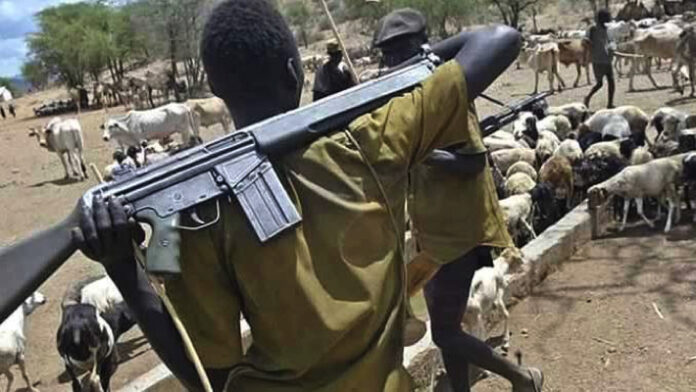 FULANI herdsmen association Miyetti Allah Kautal Hore has threatened to resort to ‘self help’ if the Federal Government fails to address security threats faced by its members across the country.

In a communique released on Monday, October 31, by the chairman and secretary, Abdullahi Bello Bodejo and Saleh Alhassan, respectively, the group said its members and their livestock are being attacked in different parts of the country.

“The meeting noted with dismay the recent genocidal massacre of Fulani pastoralists in Taraba State and called on the Inspector General of Police to set up a high powered panel to unmasked those responsible for the dastardly acts and ensure justice is done to the victims’ families to avoid people resorting to self-help,” the communique said.

The group also called on security agencies to monitor Benue State governor Samuel Ortom, whom it accused of being responsible for the lingering crisis between farmers and herders in the Benue Valley.

While dismissing claims that farmers and herders conflicts were responsible for instability and insecurity in the country, the group said the Federal Government must implement grazing reserves to address challenges faced by Fulani herders in Nigeria.

The group issued the communique after an expanded meeting between the national executive and state chairmen of the group in Abuja.

The herders called on President Muhammadu Buhari to ensure the creation of a full-fledged Ministry for Livestock Development that will see to the full implementation of the National Livestock Transformation Plan before the end of his tenure.

“The conflicts are exacerbated by activities of state sponsored vigilantes and tribal hordes who willfully continue to carryout extra judicial killings of Fulani pastoralists.

“We called for the immediate designation, gazzeting and development of all the 415 grazing reserves across the states of the Federation as the only first strategic step in addressing the challenges confronting Fulani herders in Nigeria.

“This will include building of earth dams and solar boreholes, building of veterinary clinics, development of dairy (milk) collection centres.”

The group also called for political awareness and enlightenment campaigns as well as voters’ education among Fulani pastoralists to “massively participate in the forthcoming general elections”.