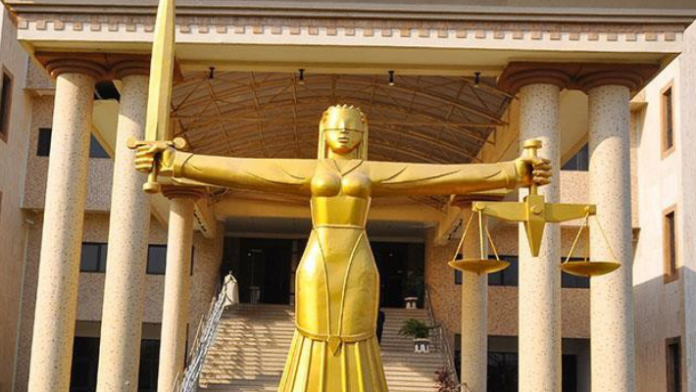 Apparently finding out that the first witness it called in the trial of Nnamdi Kanu, detained leader of the Indigenous People Of Biafra (IPOB) will not testify with its request for the amendment of charges subsisting, the federal government has withdrawn the new six-count charge against the secessionist.

The prosecution team led by D.E. Kaswe, urged the court to strike out the charge which also featured two defence lawyers – Ifeanyi Ejiofor and Maxwell Opara – as accomplices in the trial.

This was after the defence team led by Mike Ozekhome accused the prosecution of delaying the case against his client.

“We were only served with two heft volumes of the amended charge just yesterday (Tuesday),” Mr Ozekhome told the judge while struggling to wave the court documents in buttressing his argument. “My client (Mr Kanu) has not even seen the charges, yet the prosecution wants him to take his plea?”

The trial judge, Justice Binta Nyako, said she too was just saw the new charges this morning and rejected the plea of the prosecution to go ahead with the case.

“You (prosecution) will not foist the amended charges on us like that,” the judge responded.

Subsequently, Mr Kaswe withdrew the newly filed charge, leaving the case with the seven-count that was validated by the judge on April 8.

“I am withdrawing the amended charge to allow today’s proceedings to go on,” the prosecuting lawyer said.

Mr Ozekhome also complained to the court about the difficulty in seeing his client detained by the State Security Service (SSS).

“Hidden cameras in their (SSS) office record our conversations with the defendant whenever we visited him, but the service does not allow us in with even a pen or paper to confer with our client in preparation for his defence,” Mr Ozekhome told the judge.

In her submission, Justice Nyako who rejected the bail application of Mr Kanu, reminded the SSS that it was not above the law.

“If you do not do the needful, we will descend on you, because you are not above the law,” Mrs Nyako told the director of the legal department whose name could not be ascertained as at press time.

She adjourned to May 26 for commencement of trial.