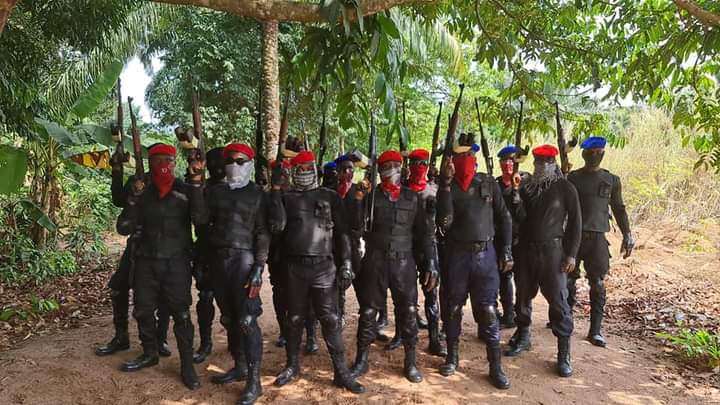 Operatives of the Eastern Security Network (ESN) on Wednesday stormed Ariaria International Market in Aba, Abia State, instructing traders not to disobey the sit-at-home exercise declared by the Indigenous People Of Biafra (IPOB) in the South-East region.

A similar pronouncement was made when Mr Buhari visited Imo State last year and it was complied with apparently for fear of being victimised by operatives of the para-military arm.

Members of the security outfit, formed with the sole aim of chasing away violent herdsmen in the Igbo predominant region, according to various video clips trending online, came into the Ariaria market with various kinds of dangerous arms and ammunition.

Traders hailed the ESN operatives whom many said have chased away violent Fulani herdsmen rampaging farm lands, abducting, raping and killing in the region. A controversial Catholic priest, Ejike Mbaka, based in Enugu State, attested to this when he recently called for the unconditional release of Nnamdi Kanu, the detained leader of the secessionist group, facing trial bordering on terrorism.