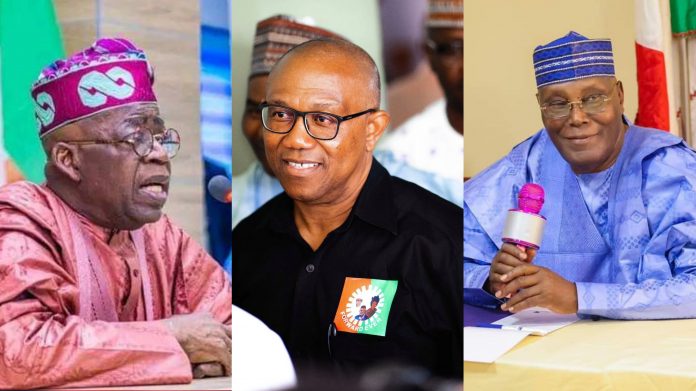 If this were a compulsory exam question, a number of politicians would simply answer: It depends. On what? On what is at stake. What the opponent does and how. And, of course, how far the resources of the one at the receiving end can go to exact revenge, sometimes in spite of the rules.

As campaigns for the 2023 general elections in Nigeria begin, everything is at stake. From the office of representatives in state houses of assembly to the positions of 28 governors, 469 national lawmakers, and the president.

In all, about 1,520 positions are up for election and for the first time, Muhammadu Buhari, who has been president for nearly eight years and a contestant in all elections in the last nearly 20, would not be on the ballot for what is perhaps the most consequential office.

The stakes to play for are not only high, they are dangerously seductive for two contenders – the All Progressives Congress (APC) presidential candidate, Asiwaju Bola Ahmed Tinubu and the Peoples Democratic Party (PDP) candidate, former Vice President Atiku Abubakar – two deep pockets who may well be taking their last shots at the nation’s top job.

The real world is not a periodic exam hall. Nowhere is the ferocity of contest keener than in political campaigns, such as we’re about to commence. It’s a grisly mess of interests, of wheeling and dealing, and continuous cloak and dagger entanglements worse than the binary choices often present in an examination.

A 2018 report by Daily Trust quoted the INEC chairman, Professor Yakubu Mohmood, as saying that at N242 billion, the 2019 election was the most expensive ever. That is excluding expenses by candidates, parties and individuals. The next one might beat that record.

If only it were possible to see the arsenal of Nigeria’s political parties – especially the major ones – on the eve of the commencement of campaigns for the 2023 general elections. I would not be surprised if they have stockpiled enough weapons to give either Russia or Ukraine a decisive advantage in the ongoing conflict in Europe.

It’s not a laughing matter. If morning shows the day, the pre-flag off skirmishes among not just supporters but even the campaign team members of the APC, the PDP, and the Labour Party (LP) show that we could be in for a season of blood sport.

Recent exhibits, of course, include the feisty exchanges between APC’s Femi Fani-Kayode and PDP’s Dino Melaye. Anyone with the heart to read either of their recent messages to the end risked exposure to post-traumatic stress.

With PDP’s relentless Reno Omokri in the wings, the APC media team led by formidable warriors like Dele Alake, Bayo Onanuga and Festus Keyamo, among others, and the LP’s army of social media avatars at daggers drawn, we’ll have to double down on luck to have a normal campaign season.

But what does history teach, really? Is all the talk about issues-based campaigns wishful thinking? With all to play for, is it realistic to expect bloodless campaigns? And in any case, if winning often matters more than anything else in politics, do normal campaigns win?

Normal campaigns may be desirable. They may even have worked at some point in Athens or Ancient Rome. Yet, Shakespeare’s Julius Caesar is a constant reminder of the world’s long and futile journey to political amity.

Mass communication tools and their widespread adoption have fuelled the flames and compounded the misery of pacifists hoping for a day of decency in political campaigns. Also, we have seen from the 2015 performance of Facebook and Cambridge Analytica, that social media can be both a facilitator and a big danger to elections.

But perhaps there are exceptions, however imperfect, from which our politicians could take a leaf in the days ahead?

Despite his disability, for example, Franklin Delano Roosevelt, the 32nd president of the US ran what presidential historians consider some of the most successful campaigns. In spite of the daunting odds of the Great Depression, FDR ran a campaign in 1932 that ended four decades of Republican dominance, a feat that he sustained and repeated back-to-back in three subsequent terms. His theme song, “Happy days are here again”, became his party’s anthem.

How a man stricken with polio at 39 could have done it was in part a result of the genius of his message, which offered despairing voters a “New Deal” after the famished years of Republican rule, and partly also as a result of the understanding of the press not to highlight his disability, which frankly, would be a miracle today.

The point is that the only US president who ruled for an unprecedented four terms ran largely issues-based campaigns and won, in spite of his disability. And to think that he had in his corner, the warmonger and one of America’s most notorious publishers, Williams Randolph Hearst, whom he could have pressed to dishonourable ends!

US Presidents John F. Kennedy and Ronald Reagan also showed how even in the age of the TV, focusing on issues and connecting with people can make a difference in election campaigns.

And perhaps the most electrifying in the recent history of US campaigns has been Barack Obama, an extraordinary mobiliser and charming politician whose wife, Michelle, said in spite of all the garbage thrown at Obama by Hillary Clinton’s bullies in 2016, “when they go low, we go high.”

Newly elected Kenyan President William Ruto also provides an example of how to run a difficult campaign without always being nasty. In spite of his supporters getting trashed and the few he recommended as cabinet members being targets of Uhuru Kenyatta witch hunt, Ruto harped on how the government’s anti-corruption war had lost its way.

While his main opponent mocked and called him an “irresponsible young man deceiving Kenyans with fake promises”, Ruto’s campaign responded by providing a roadmap of how he would tackle the country’s 40% youth unemployment. He spun a legend that he was a “hustler”, just like the ordinary people, and not a member of the corrupt, grasping dynasty.

MKO Abiola’s Hope ‘93 was also, in many respects, exemplary and a number of the current actors played important roles in it. In comparison with the National Republican Convention (NRC), Abiola’s Social Democratic Party (SDP) was imaginative, folksy and down-to-earth. Abiola showed a forlorn, divided country that it was possible to believe again.

Since the military railroaded President Olusegun Obasanjo back to office in 1999, our political campaigns have been anything but inspiring. Obasanjo, both a creature and mastermind of this new era, poignantly described it as a “do-or-die” affair.

As the blatant lies, fake promises and dark schemes of politicians have come back to haunt them, a number of them begotten of this season seem determined to return to their natural habitat – the mud.

Yet, voters will have to decide whether or not to join them there. Voters who indulge the demagoguery of politicians, who choose to cheer them on as they kick the leg, instead of the ball, cannot blame anyone when charlatans run their lives for another four years.

President Muhammadu Buhari, like those before him, has repeatedly promised free and fair elections. But that, quite honestly, is not his job. It is the duty of the Independent National Electoral Commission (INEC) to see to it and the responsibility of citizens to hold the Commission’s feet to the fire.

Civil society and the press can also help with the most important question of any election campaign – how? They can help not only to remind voters of what is important and insist that politicians play by the rules, but also by constantly demanding that the umpire, INEC, should monitor and enforce its own rules.

Campaigns matter because they can help to activate voter interest and also underline the fundamental issues, which for Nigeria, includes security, the state of the economy or where partisan or group interests may lie.

As Gary Jacobson said in his article, “How do campaigns matter?”, published in the May 2015 issue of the Annual Review of Political Science, “The question is not whether campaigns matter, but where, when, for what and for whom they matter.”

The supply side has let us down badly, offering mostly transient amusement, vile abuse or downright bogus promises. It’s time to demand something more than empty promissory notes. Something we can hold onto the morning after this seasonal charm offensive has gone.