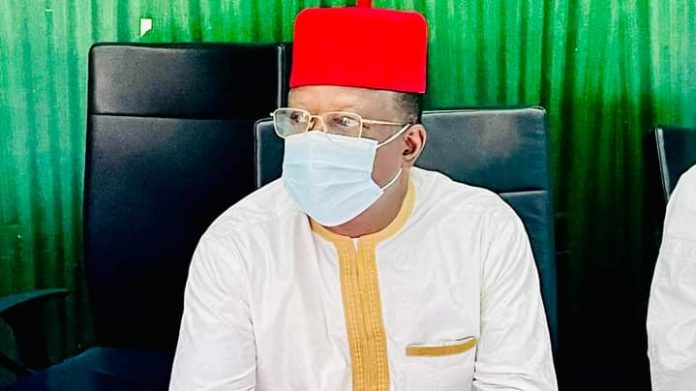 The Court of Appeal, Enugu Division, Friday struck out a suit seeking the sack of Governor David Umahi and his deputy, Kelechi Igwe, from office for defecting to a different party.

The two men had in November 2020 defected to the All Progressive Congress(APC) from the Peoples Democratic Party (PDP).

Following their defection, the candidate of the APC in the 2019 governorship election, Sonni Ogbuoji, and his deputy, Justin Mbam, approached an Ebonyi State High Court seeking the sack of the governor and his deputy.

The plaintiffs asked the court to declare the governorship seat vacant on account of the two men’s defection from the PDP to the APC.

Messrs Ogbuoji and Mbam also asked the court to order that they be sworn in immediately since they came second in the 2019 governorship election.

But the high court in a judgement on February 28 struck out the suit and awarded N500,000 as damages against the plaintiff.

Not satisfied with the ruling, the plaintiffs appealed the decision.

In its judgement, on Friday, the appellate court agreed with the lower court’s ruling on the matter.

The appelate court’s judges, in a unanimous judgement read by Alfa Belgore, dismissed the suit for being inconsistent with the constitution and extant laws of Nigeria.