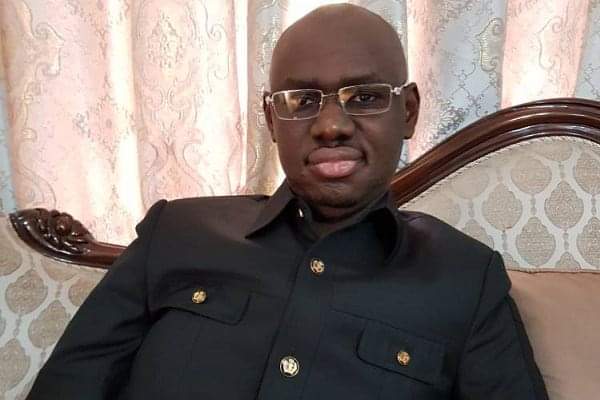 Timi Frank, a former spokesman of the All Progressive Congress (APC) has queried the Economic and Financial Crimes Commission (EFCC) asking why the anti-graft agency is fond of beaming its searchlight on Bukola Saraki, outgoing Senate President.

Mr Frank made the query in a statement while reacting to the commission’s recent probe against Mr Saraki.

The EFCC had confirmed recently launching investigation into the financial earnings of the top lawmaker saying the probe had no political undertone as speculated in some quarters.

The commission was reported to have investigated the financial earnings of Saraki when he held sway as governor, with no incriminating record found at the time. During his trial at the Code of Conduct Tribunal (CCT), the EFCC played a vital role to nail the lawmaker but he was set free at the Supreme Court, the highest in the land.

Reacting on Wednesday, the former deputy National Publicity Secretary of the APC queried if Saraki was the only former governor meant to be probed persistently.

He asked why the anti-graft agency has consistently turned blind eye to the corruption allegations against Bola Tinubu, a national leader of the ruling party, Adams Oshiomhole, the national chairman of the APC, among others.

“Granted that no man is above the law and Saraki has never claimed to be a saint, suffice to say that the repeated criminal investigation and trial of his person by Buhari and EFCC show that they want to make him kiss the dust through foul means,” Mr Frank said.

“Come to think of it, Saraki is not the only former Governor in Nigeria. He is not the first person to be President of the Senate. How many ex-governors and Presidents of the Senate has Buhari and the EFCC dedicatedly probed or tried in the last four years like they have done to Saraki?

“Why is Buhari and the EFCC shy of investigating the former Governor of Edo State who is now the National Chairman of the All Progressives Congress (APC), Comrade Adams Oshiomhole?

“To think that the EFCC has not lifted a finger against the APC’s boss notwithstanding the litany of petitions against him calls the sincerity of an administration that claims to be all out against corruption to question.

“What about former governors Bola Ahmed Tinubu, Rauf Aregbesola, Rotimi Amaechi and Governor Abdullahi Umar Ganduje of Kano State, known to have a plethora of corruption allegations against them?

“Only recently, allegations of corruption to the tune of $2.5billion was made against the Central Bank of Nigerian (CBN) and there are also reports of massive corruption activities ongoing at the Federal Inland Revenue Service (FIRS) under its present leadership.

“Yet the EFCC would rather engage in shadow boxing by instituting a fresh probe against Saraki just to justify its continuous spending of tax payers money in needless probes, in furtherance of a highly selective and dubious anti-graft war, being waged by the Buhari regime against top opposition elements in the country.

“In view of the renewed onslaught against Saraki following a recommissioned investigation of his days as Governor of Kwara State, and his present position as President of the Senate, I call on Nigerians and the International community not only to witness but to hold Buhari and the EFCC responsible should any harm befall Saraki in the coming days,” he said.

Meanwhile, the outgoing Senate President has reacted to the financial investigation embarked upon by the EFCC against him.