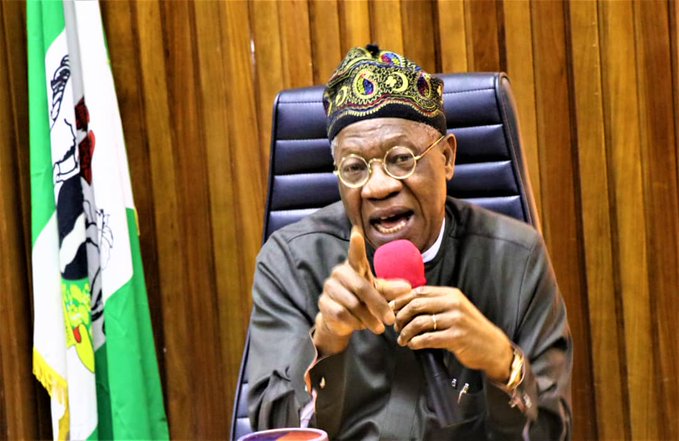 Information Minister Lai Mohammed has denied the claim of former president Olusegun Obasanjo that the President Muhammadu Buhari’s administration has been overwhelmed by rising insecurity in the country.

Mr Obasanjo had at the weekend while receiving a presidential aspirant, Ugochukwu Williams, at his Ota, Ogun State residence said that Nigerians must come to terms with the reality that “we have a situation that has overwhelmed the present administration, but we should not allow that situation to overwhelm Nigeria.”

Fondly called OBJ, the former Nigerian leader, was reacting to the attack on Abuja-Kaduna train route last week which claimed eight lives while hundreds of passengers remain missing even after a week that the incident occurred.

He said that the collective effort of every citizen was now required to address the insecurity, saying “A situation where we are not safe on the roads, in the train [and] we are not safe at the airport, then what is remaining?”

Refuting the former president’s remarks, Mr Mohammed said the attack was meant to discredit the military he said was doing their best.

“Our military…. they are doing their best,” the minister said on TVC’s ‘This Morning’ programme on Monday. “The government is by no means overwhelmed even if it appears to some that it is overwhelmed.

“So, for us, even if it looks like that like I said, when the terrorists attack like that, their aim is to really, with just one spectacular attack, discredit the military,” he added.