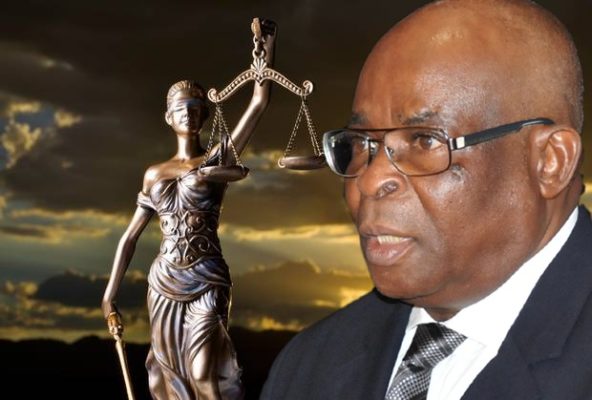 President Muhammadu Buhari has denied involvement in the alleged plan by agencies of the state to arrest Walter Onnoghen, the Chief Justice of Nigeria.

Mr Buhari made the clarification amidst allegation by the Coalition of United Political Parties (CUPP) that his administration was plotting to pick up the top jurist.

Mr Onnoghen is accused of failing to declare his assets and operating five bank accounts of foreign currencies.

“Members of the cabal in the Presidency have just concluded a meeting last night (Thursday) where they have now set the stage to burn down the institution of democracy and constitutional governance for the purpose of achieving a narrow aim of annexing the judiciary,” spokesman of the CUPP, Imo Ugochinyere, said at a press conference on Friday in Abuja.

“Just a few hours after our release of the secret letter directing the freezing of the account of the CJN illegally without a court order, these men have at the end of their meeting last (Thursday) night directed the Chairman of the Code of Conduct Tribunal, Mr Danladi Umar, to disregard the order of the Federal High Court, Abuja which has directed the tribunal to maintain status quo.

“They have asked him to go ahead to issue a bench warrant on the next adjourned date being Tuesday, January 22 in the event the CJN does not appear in court.

“The meeting of the Presidency cabal also resolved and directed the new Acting Inspector-General of Police that the immediate arrest of the CJN on the same Tuesday as effort will be made to ensure he is served with the order same day, following the issuance of the arrest warrant would be his litmus test for his speedy confirmation as the substantive Inspector-General,” he added.

Ugochinyere alleged that the meeting also resolved that a fresh petition against Onnoghen would immediately be forwarded to the National Judicial Council.

Reacting in a statement on Saturday, Femi Adesina, the president’s Special Adviser on Media and Publicity, said there is no iota of truth in the allegation.

Mr Adesina said by peddling such allegation CUPP wished to set the judiciary against the executive and cause major confusion ahead of the forthcoming general elections.

“The story is absolutely false as the Presidency is not in any way involved in plotting against or framing anybody,” the president’s spokesman said.

“We note that the findings of the Code of Conduct Bureau against the Chief Justice of Nigeria, and the allegations arising from them, are being handled by the courts in the normal way, as is expected in a democratic society like ours.

“The Presidency has not, and will certainly not, interfere in the process.

“We, however, want to draw the attention of the general public to this or similar false stories, which are ill motivated to further the political interests of their sponsors.

“While the Buhari administration is very firmly committed to the fight against corruption, we want to assure the general public that Government will always pursue its mission with the highest standards of fairness, and in strict conformity with the relevant laws,” Adesina added.