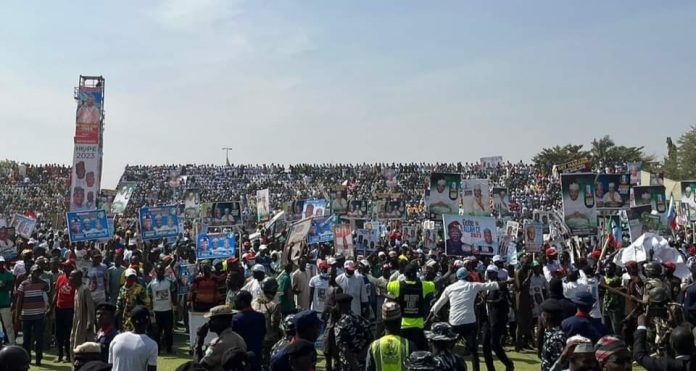 The presidential campaign rally of the All Progressives Congress (APC) in Bauchi on Monday ended abruptly, leaving President Muhammadu Buhari with the option of leaving the venue without addressing supporters of the ruling party.

Mr Buhari, who was in the state to campaign for the APC presidential candidate, Bola Tinubu, left for project commissioning in Lagos State after a power outage at the Abubakar Tafawa Balewa Stadium, TODAY POLITICS learnt.

Reports say he was billed to address party supporters but could no longer after the public address system broke down due to the power cut which could not be restored.

The public address system broke down while Abdullahi Adamu, national chairman of the ruling party, was addressing the gathering.