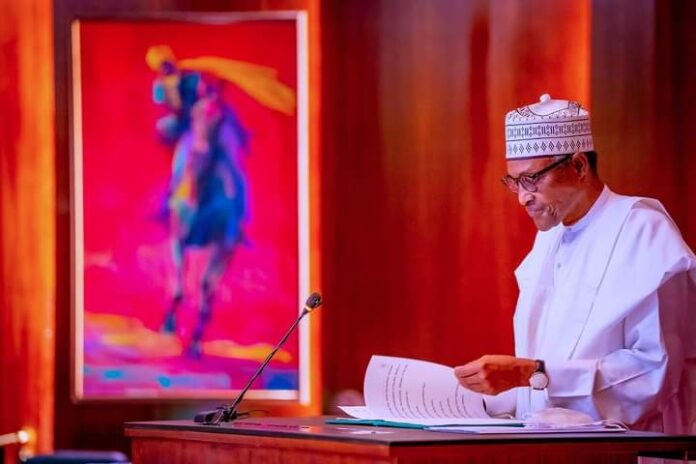 President Muhammadu Buhari has approved the immediate implementation of the enhanced salary and welfare scheme for judicial officers.

The president said this on Friday at the official handover ceremony of the Nabo Graham-Douglas campus of the Nigerian Law School, Port Harcourt, to the Council of Legal Education.

Represented by Abubakar Malami, attorney-general of the federation (AGF), the president said he has directed the Revenue Mobilisation and Fiscal Allocation Commission (RMAFC) and the AGF to promptly commence implementation of the enhanced salary and welfare scheme for judicial officers.

The judiciary, according to the president, remains a foundation of strength and stability for the country’s democracy.

He added that other measures would be put in place to ensure the independence of the judiciary.

On July 15, an industrial high court in Abuja ordered an upward review of judges’ salaries.

Osatohanmwen Obaseki-Osaghae, the presiding judge, said the salaries of judges and justices have remained stagnant for over 14 years.

She held that despite the increased workload of judicial officers, they have continued to suffer in penury owing to their “extremely low salaries and allowances”, which the court described as “very embarrassing”.

Consequently, she ordered the federal government to commence a monthly payment of N10 million to the chief justice of Nigeria (CJN), while that of the president of the court of appeal was raised to N9 million.

According to the judge, monthly pay for supreme court justices should be N9 million; court of appeal justices, chief judges, president of the industrial court, grand khadis, and president of customary courts are to earn N8 million, while the salary of other judges was raised to N7 million.

The court also directed that the order should be served on the RMAFC and the AGF.