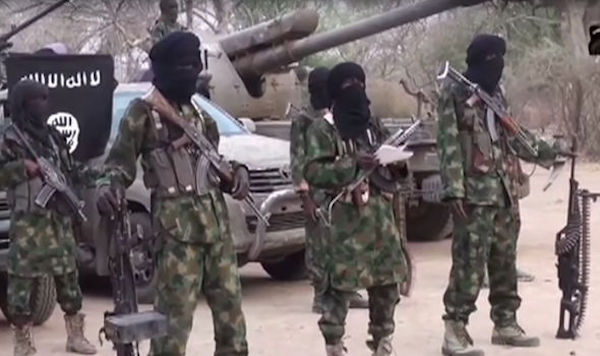 Olusegun Obasanjo, Former President, has said Boko Haram terrorists are now stronger, under the administration of President Muhammadu Buhari, than ever before.

Mr Obasanjo made the remark during his state of the nation address on Sunday.

The terror group which appeared to have strengthened its attacks across the country recently wiped out troops of the Nigerian Army in their hundreds.

“…Let me assert that the security situation has deteriorated with kidnapping everywhere and Boko Haram more in action and nobody should deceive Nigerians about this,” Obasanjo said.

“With the teaming up of Boko Haram and Islamic State’s West Africa Province (ISWAP), Boko Haram is stronger today militarily than they have ever been.

“Boko Haram has also been empowered by the Nigerian government through payment of ransom of millions of dollars which each administration disingenuously always denies.

“With ISIS being liquidated in Iraq and Syria, Africa is now their port of concentration. Soon, they may take over Libya which, with substantial resources, is almost a totally failed state. When that happens, all African countries North of Congo River will be unsafe with serious security problems.

“The struggle must be for all West African, Central African, North African and most East African States. Nigeria has to play a vanguard role in this struggle as we have much to lose.

“This administration has reached the end of its wit even in handling all security issues, but particularly Boko Haram issue, partly due to misuse of security apparatus and poor equipment, deployment, coordination and cooperation,” the former president said.

Obasanjo has also alleged the president is planning on rigging the upcoming general election.