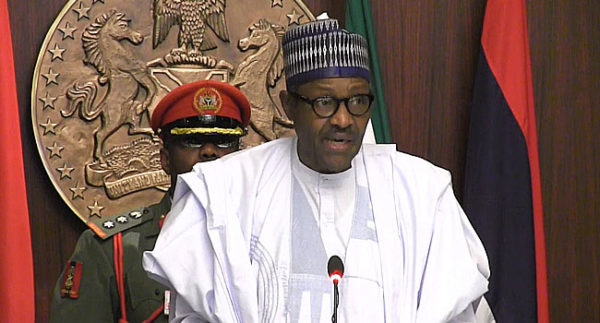 Mr Amaechi, over the weekend, in two separate audios, was reported to have spoken ill of the government of which he serves.

Although the minister has denied making critic comments ascribed to him, POLITICS TIMES could not as at press time verify the authenticity of the clips.

Reacting to the development, the Buhari For Better Tomorrow Movement in a statement sent to Media Houses by its National Publicity Secretary, Ibrahim Abubakar, said the ex-presidential aide moved against the minister because the former Rivers State governor was capable of delivering votes of the South South region to President Muhammadu Buhari who seeks a second term in office.

Mr Omokri, also known as a cleric was described by the group as a fake pastor. How the group arrived at that conclusion is unknown to POLITICS TIMES.

The group had earlier said those who made public the clips did so to embarrass the minister.

“Against the move by Mr. Reno Omokiri, a renowned fake Pastor to release another manufactured audio clip against the Minister of transportation and the Director-General of the APC Presidential Campaign Council, Rt. Hon. Rotimi Amaechi, we are using this medium to advise Nigerians to ignore the fake audio and video clips aimed at diminishing the chances of our Presidential Candidate, President Muhammadu Buhari by the power-drunk fake-Pastor and his allies.

“We know who Mr. Reno Omokiri is; and his only stock in trade are lies and campaign of calumny against respected individuals and perceived political opponents of his pay masters.

“We remember with nostalgia how the fake-Pastor as Special Assistant to former President Good Luck Jonathan wrote and circulated fake news article linking a former Governor of the Central Bank of Nigeria to the activities of the dreaded Boko Haram sect in 2014.

“We also know why Mr. Omokiri and his fellow Satanits are angry with Amaechi and President Buhari. It’s simply because, Mr. Amaechi has the capacity to deliver the votes of the entire South-south region to President Buhari, a zone wrongfully believed to be the stronghold of the PDP.

“Therefore, we urge our teeming supporters never to fall prey to their cheap lies against our party leaders, members and President Buhari himself,” the group said.