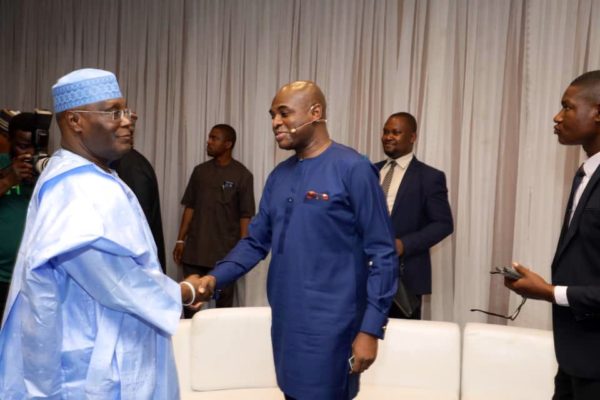 The former vice president popularly known as Atiku had threatened to withdraw if President Muhammadu Buhari of the All Progressive Congress (APC) failed to turn up for the parley.

Atiku who later backtracked and stormed the event premises, reversed his position on finding out that Mr Buhari is absent.

Five candidates including Buhari and Atiku were expected to participate.

As at press time, POLITICS TIMES could not independently verify why the president was absent, although his party had hinted of his possible withdrawal.

Atiku on Saturday restated his earlier claim that he won’t participate in the debate without the president absent.

“We came here for a Presidential debate, not a candidacy debate, and I, Atiku Abubakar cannot challenge or question an administration where the man at the helm of the affairs of the nation is not present to defend himself or his policies,” Atiku said in a tweet.