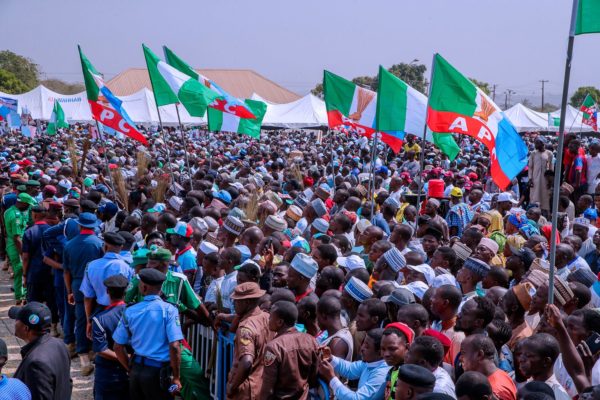 For boycotting the presidential debate slated yesterday for presidential candidate, Atiku Abubakar, the candidate of the Peoples Democratic Party (PDP) has nothing to offer.

The above remark is the reaction of the All Progressive Congress (APC) while reacting to the protest by the former vice president yesterday.

Mr Abubakar had returned from his United States trip in a bid to engage Muhammadu Buhari, the presidential candidate of the APC who seeks a second term in office. The duo are major contestants in the next month’s presidential poll.

The former number two citizen popularly known as Atiku arrived Nigeria and headed for the debate only to realise his major contender, Mr Buhari would not be attending. This forced him to backtrack, insisting the contest is squarely between him and the president in a debate that had five participants.

Although some Nigerians has condemned his withdrawal, the PDP flag-bearer has challenged the APC candidate to a fresh debate.

The challenge, the APC refused to confirm if it has accepted a fresh debate.

For the ruling party, the action shows the PDP candidate has nothing to offer. The National Publicity Secretary of the Party, Mallam Lanre Issa-Onilu, stated this while addressing a press conference in Abuja on Sunday.

“There was supposed to be a debate put up on Saturday, but I understand that Atiku cowardly ran away, even though he was at the venue of the debate. It was actually a pointer to the fact that the man who has been going about in the country seeking for mandate to be our president has absolutely nothing to offer,” Mr Issa-Onilu said.

“You do know that in the past, just four years ago, when this opportunity was presented to President Buhari as a candidate seeking the mandate of Nigerians, he confidently and courageously came up, seized the momentum and spoke to us about his vision and mission for this country. He made promises and even though the sitting president at that time did not come, President Buhari did not run away like a coward that Atiku is.

“It is very disappointing and arrogant for Atiku to take the other candidates at the debate as people that did not matter. For him, it was only President Buhari that matters. We thought that even if that was the case, it ought to be about the policies and programmes of the president.

“The president’s absence would have given him the opportunity to tear the policies and programmes into pieces. He would have told Nigerians why it is bad for Mr President to commission Baro Port earlier that day which was a pipedream for 16 years under the PDP.

“He would have told Nigerians why all the abandoned projects now completed by the APC is not the way to go. He should have told us why the market women that are the new queens don’t deserve it because they are not his friends and that they are not supposed to be rich,” he said.