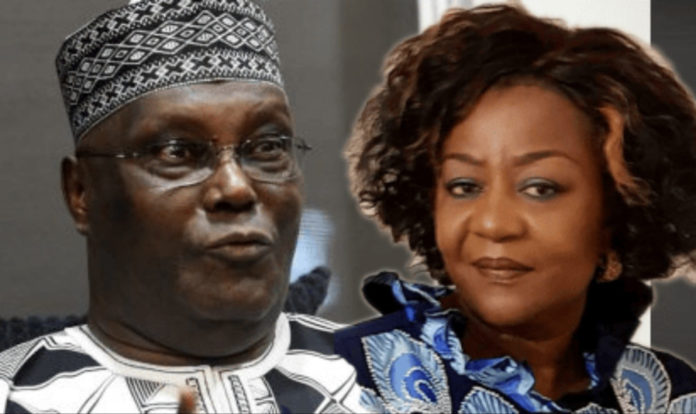 Atiku Abubakar, the presidential candidate of the Peoples Democratic Party (PDP) is afraid of Information Minister, Lai Mohammed, an aide to President Muhammadu Buhari has said.

Messrs Mohammed and Abubakar were recently involved in accusations and counter-accusations with the latter calling for the arrest of the former.

The minister had alleged that there were plans by the former vice president, widely known as Atiku, and PDP to sabotage the adminstration of Mr Buhari.

Pushing back the allegation, the PDP candidate denied nursing such plans let alone execute same. He said he was not surprised at the accusation against him because those who employed the minister knew their employee as a notorious liar.

While raising alarm of plans to implicate him as arrowhead of insecurity bedeviling the nation, Atiku on Thursday called for the arrest of the government’s spokesman while demanding an apology.

“With the conclusion reached by relevant security outfits that there is no evidentiary proof to back the claim by Lai Mohammed that the opposition was planning to upstage the government, we demand that the information minister should be arrested for a breach of security and an apology rendered to Atiku Abubakar and the PDP,” a statement by Paul Ibe, the media aide of the former vice president partly read.

His latest demands angered Lauretta Onochie, a presidential aide who earned a 2billion suit from Atiku over allegations that the former number two citizen travelled to the United Arab Emirates (UAE) to shop for terrorists who will make the country ungovernable for her principal.

Ms Onochie, POLITICS TIMES gathered, was dragged to court after refusing to apologize with payment of N500million as earlier demanded by the PDP candidate as damages.

Ms Onochie wondered why the minister was not slammed with a lawsuit on his allegation against Atiku.

Describing the former vice president as a coward, the president’s aide on social media said this was because the minister is a man whereas she is a woman.

“HM Lai Mohammed is not a woman so Alhaji @atiku wouldn’t dare threaten nor bully him! No he wouldn’t! #AtikuIsACoward,” Onochie tweeted on Friday.

“As usual when confronted by men, he has sent his inept, hate-filled, crude, sell-my-soul-for-cash, sad, selfish Aide to entice the Police to do his dirty job,” she added.

Atiku who lost this year’s presidential election to Buhari is currently at the Presidential Election Tribunal praying he be declared winner of the exercise while relying on results said to have been obtained from the electronic servers of the Independent National Electoral Commission (INEC) despite the electoral body denying transmitting results of the election electronically.