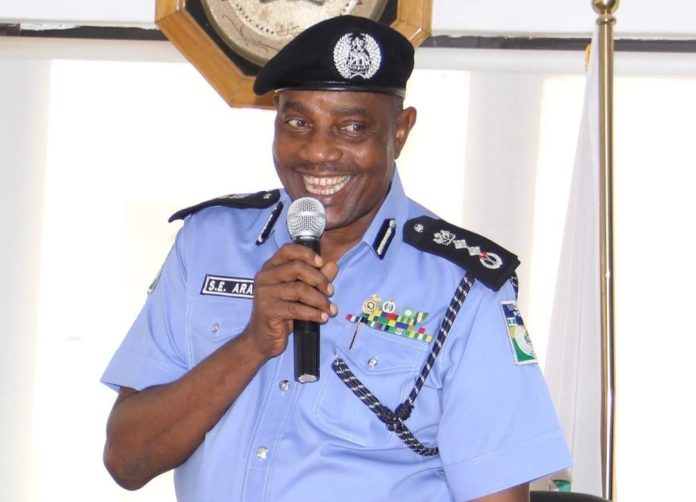 The Senate on Wednesday at plenary confirmed President Muhammadu Buhari’s nomination of Solomon Arase as the Chairperson of the Police Service Commission (PSC).

Mr Arase’s confirmation was a sequel to the consideration of a report by the Committee on Police Affairs.

The Chairperson of the Committee, Jika Halliru (APC-Bauchi), presented the report.

Mr Halliru said Mr Arase’s nomination was in accordance with section 154, sub-section 1 of the 1999 of constitution.

According to him, sections 2 (A) and (B) of the Police Service Commission Establishment Act 2001 also required the President to nominate Nigerians of proven integrity as members of the PSC.

He said findings from the screening by the committee showed that Mr Arase met the necessary legal requirements and is affirmed by the committee to be the proper person to be appointed as Chairperson of PSC.

He said the committee was satisfied and impressed with how the nominee competently answered all questions posed to him.

Mr Halliru said that given the qualifications and relevant experience gained by Mr Arase over the years, the committee recommended that the senate confirm his appointment as chairman of PSC.

Ajayi Borofice,(APC-Ondo), who made glowing remarks on the robust academic profile and career of the nominee, described his nomination as a “round peg in a round whole”.

He said his eventual appointment would be to the benefit of the PSC as he has served in various capacities in the Nigerian police service.

Mathew Urhoghide (PDP-Edo) commended the committee for screening the nominee, while also commending President Muhammadu Buhari for the nomination of Mr Arase.

He urged the senate to expeditiously confirm the nominee given his pedigree of excellence.

Mr Buhari had in a letter read by the Senate President, Ahmad Lawan, on Tuesday, asked the upper chamber to confirm Mr Arase as PSC chairpersom.

He takes over from Musiliu Smith, also a former IGP, as PSC chairperson.