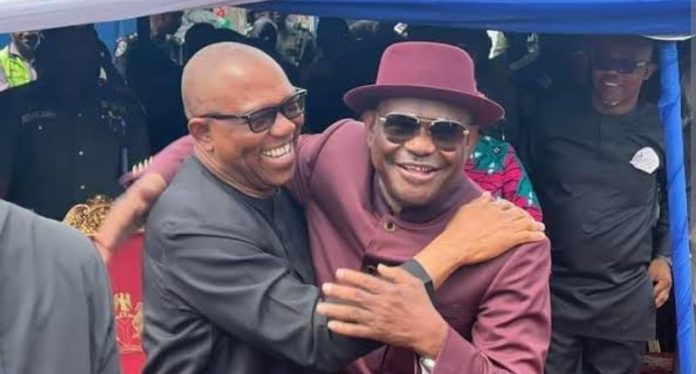 Governor Nyesom Wike of Rivers on Thursday promised to provide logistics support for Peter Obi, the Labour Party’s (LP) presidential candidate during his presidential campaign in the state.

Mr Wike made the pledge when visiting Obi inaugurated the Nkpolu-Oroworukwo flyover bridge in Port Harcourt.

He urged the LP’s presidential candidate to ignore detractors who were hell bent at distracting him in his pursuit for the presidency.

The Rivers governor observed that there were so many people who had left office for years and had been gathering around current political actors in their desperation to force themselves back to power.

He advised Nigerians not to sell their conscience and vote right at the 2023 general elections.