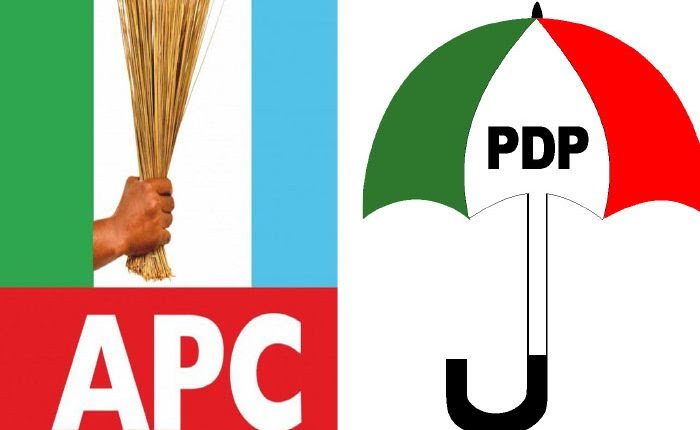 Nigeria’s political party dominance has often revolved around a two-pod and a tripod. Since the 1960s it has been so. In the First Republic, under a parliamentary system, there were Nnamdi Azikiwe’s National Council of Nigeria and the Cameroons (NCNC); Obafemi Awolowo’s Action Group (AG) and Ahmadu Bello’s Northern Peoples Congress (NPC) as the leading political groupings. There were a few other viable political entities like Aminu Kano’s Northern Elements Progressive Union (NEPU), but none had the puissance of the big three.

In the Second Republic (1979), under a presidential system, there were the National Party of Nigeria (NPN); the Nigerian Peoples Party (NPP), and the Unity Party of Nigeria (UPN) as the three leading political structures. The People’s Redemption Party (PRP), an ideological rebirth of Aminu Kano’s NEPU – was also reckonable — but only for its ideological leanings which appealed to the educated elite. But it did not have the stature and spread of the famous three.

In the still-birthed 1993 presidential election, there were the National Republican Convention (NRC) and the Social Democratic Party (SDP) as the two contending political blocs. The Babangida regime which midwifed the election principally ensured that only two political parties subsist. But the Third Republic suffered a miscarriage under the impingement of the military.

In 1999, it was an all-comers affair initially but eventually natural selection happened. Only two political parties stood out at the centre – the Peoples Democratic Party (PDP) and the Alliance for Democracy which transmogrified into the Action Congress of Nigeria (ACN).

Today, there are only two leading political camps – the PDP and the APC. Darwin’s theory of evolution is manifestly evident in Nigeria’s political progression. The parties that have the resources, capacity and structure to adapt, merge, and re-merge have been able to survive the tempestuous political milieu. In 2021, INEC deregistered 22 political parties – those unable to achieve advantageous mutations. And more will die out after the 2023 elections.

The reality is that only the APC and the PDP are viable political vehicles. It is easy to theorise and sermonise about the deficiencies of these parties but the peculiarities of our political cosmos give them the oxygen and nourishment to survive. Both parties have functional advantage over other parties in elections. In the recently concluded area council election in the Federal Capital Territory (FCT), the winnings were split between the APC and the PDP – three each out of six councils.

It is intellectual torment to keep debating the ideological grounding and morality of these parties. Sheer self-purgatory. As I said earlier, these parties subsist because that is what our present political evolutionary curve guarantees. But the outcome of the 2023 elections may cause a seismic jolt in the political terra firma.

Atiku Abubakar, PDP presidential hopeful, had said the party would pass into oblivion if it did not win the 2023 presidential election. This is likely for both the APC and the PDP after 2023 – whichever group that loses the election. Natural selection will happen, and there could be alliances, mergers and re-alliances.

The 2023 presidential election is an open ticket. The incumbency element is absent. So, candidates of the APC and the PDP will be going into the election as underdogs.

Time has shown influencing elections is not President Muhammadu Buhari’s interest. He has told APC leaders again and again that he is not interested in who succeeds him and that he is not prepared to influence elections for any candidate.

When asked if he has a preferred candidate for the 2023 presidential election in a Channels Television interview in January, he said: “I’m not interested. It is not my problem. It is not my interest. I cannot say who succeeds me.’’

In fact, in 2019, Buhari warned that no candidate should campaign with his name for the 2023 elections. His words: “Well, what I want to promise Nigerians is that I will work very hard on ensuring free and fair elections. All those that are going to succeed the National Assembly and the presidency, they better work very hard because I will make sure I use the law enforcement agents to ensure that elections are free and fair (and that) nobody uses his office or his resources to force himself on his constituency.’’

The pattern and outcome of elections in Edo, Anambra and elsewhere have shown that Buhari is principled about allowing fair-play in elections. So, any candidate banking on incumbency influence or interference may be seeking the holy grail.

Essentially, Nigerians will be voting for the candidates these two political parties present. This is the clincher. The popularity of the candidates will determine where the votes swing.

The APC and the PDP will be the vehicles for the elections, but the candidates will be the drivers. The APC has the potential of winning as much as the PDP. Nothing is discounted. Any of the parties can win. The 2023 presidential election is a contest for survival.