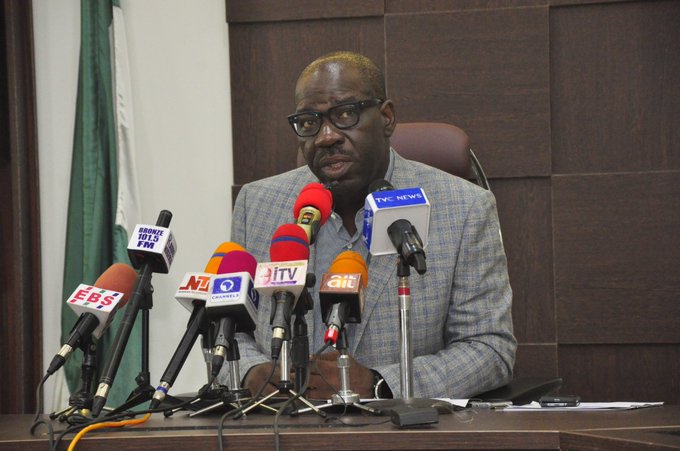 Governor Godwin Obaseki of Edo State says supporters of Peter Obi, the presidential candidate of the Labour Party (LP) and the opposition party itself are unserious in their aim to unseat the governing All Progressive Congress (APC) at the center.

Mr Obaseki, who stated this on Friday night while appearing on Channels TV, justified while the LP and its supporters were barred from using the Samuel Ogbemudia stadium for their campaign.

According to the governor, the request for the use of the stadium by the opposition party came late. He explained that the tracks of the edifice were still under warranty.

“I heard that they applied on Wednesday night to hold a rally at Samuel Ogbemudia stadium on Friday morning, giving us one day notice,” Mr Obaseki said. “The tracks of that stadium are still under warranty. The pitch has to be maintained in a certain mode. So it’s just not another facility you just can go in and use without preparing.

“If they knew they had a rally on Friday why couldn’t they give more time and more notice so that we give them the conditions under which they can use the pitch.”

He said even his political party, the Peoples Democratic Party (PDP) had to apply early and met conditions before being allowed to use the stadium, an opportunity the state government also used to commission it.

“It (PDP rally) was also used as an opportunity to commission that facility, otherwise most other rallies are held in other large grounds around the city. So, I expected more from the Labour Party, I thought they were more serious.

“You cannot be planning for rally and be given less than 24 hours notice. I’m a bit disappointed.”

The governor also dismissed an insinuation of being afraid of the opposition which claimed to be on ground, hence his resort to barring them from using the stadium.

“It (insinuation) is a joke, they can show us virtually but not on the ground,” an amused Obaseki said. “I expect that they should be more serious.”

“I spoke to my friend Peter Obi, the night before, and he told me he was coming to Edo State and we offered him all the courtesy, including securities and some logistics. I didn’t know they were coming for a rally.”