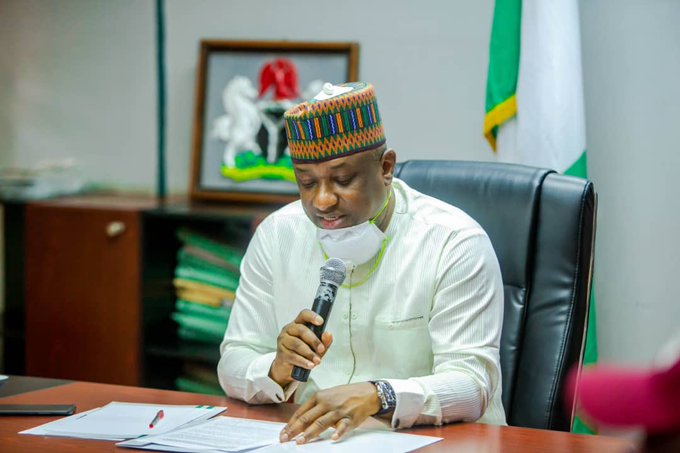 Festus Keyamo, junior labour minister, has reacted to reports of alleged plans to oust and replace him as one of the spokespersons of the Tinubu-Shettima Presidential Campaign Council of the All Progressive Congress (APC).

Social media reports quoting presidential sources had hinted that President Muhammadu Buhari was displeased with how the minister was marketing the regime despite being part of it.

Mr Buhari is said to have aligned with the opinion of his kitchen cabinet that Mr Keyamo who admitted in a recent Channels TV interview that Nigerians were generally hungry and have opted for Bola Tinubu, the presidential candidate of the ruling party in the 2023 race, to quench the hunger.

Boss Mustapha, the Secretary to the Government of the Federation (SGF) was said to have also agreed that the controversial minister should be removed as the mouthpiece of the APC presidential campaign council.

Reacting to the report on Monday, Mr Keyamo in a tweet, described it as a comical fake news emanating from the opposition.

“Very funny fake news,” he asserted. “When people feel uncomfortable with your uncompromising defence of your mandate, they promote such fake news to achieve a purpose. The opposition think they can plant stories to destabilise our ranks. This is the height of the panic mode they find themselves.”