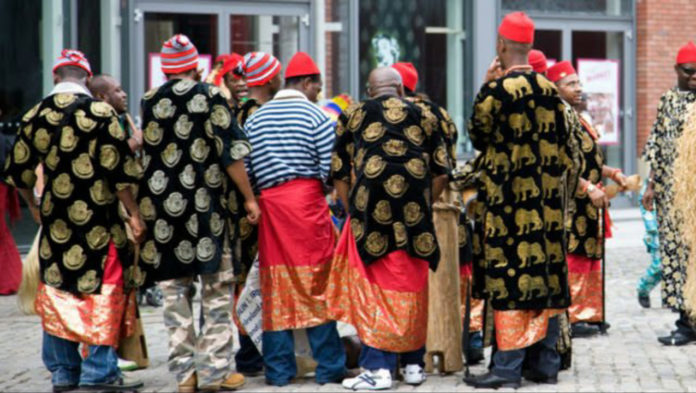 You don’t promote unity by simply glibly mouthing off infuriating platitudes about unity being “non-negotiable.” You promote it through meaningful symbolic gestures to reassure estranged groups that they, too, matter.

Unity is promoted when conscious efforts are made to heal national wounds, to accommodate disadvantaged groups, and to make political concessions to restore faith in the promises of the country. The federal character principle, quota system, reservation of slots for students from educationally less developed states in federal institutions are examples of what sociologists call positive discrimination in the interest of the greater good of the society.

Nigeria also needs policies in positive discrimination in the political realm. That’s why I am a strong advocate for constitutionally enshrining power rotation at all levels of government in Nigeria in response to our peculiarities as a country that is riven by deep-seated primordial divisions practicing an American-style winner-take-all presidential democracy.

In 1998, the northern Nigerian political establishment, which dominated the national power structure, sensed the imminence of an irrecoverable national collapse as a result of the deepening sense of alienation that the Yoruba people felt on account of the unjustified invalidation of the June 12, 1993, presidential election that MKO Abiola was poised to win, which was made even worse by his death in solitary confinement for demanding the legal recognition of his electoral victory.

When constitutional rule was restored in 1999, northern politicians and statesmen came to a consensus that the only way to keep Yoruba people from breaking away from Nigeria—or from being perpetual thorns in the flesh of the body politic—was to concede the presidency to them. That was remarkably patriotic and far-sighted.

We have a similar moment now. The Igbo are almost in the same spot that the Yoruba were in in 1998. There is mass resentment among them. Several of them feel emotionally disconnected from Nigeria. And we all know why. Apart from the fact that they have never produced a president or vice president since 1999, Muhammadu Buhari has done an extremely poor job of husbanding Nigeria’s intricate diversity.

The sense of alienation that a vast swath of Igbo people feel now has made several of them, particularly their youth, susceptible to the murderous wiles of the mentally and emotionally disturbed mountebank called Nnamdi Kanu.

The cult of headless IPOB cretins Kanu has managed to build would only expand and might even transmogrify into something more sinister in the coming years if the estrangement of the Igbo persists. In fact, we can already see the steadily escalating foreboding of this in the current endemic violence in the southeast.

This is not unavoidable. It can be reversed with the election of an Igbo person as president. If we truly cherish Nigeria’s continuity as a country, we can’t afford to allow a huge section of it to feel so disaffected that it wants to break away from the union.

American presidential election, for example, is not a one-person, one-vote democracy. That was why although Hillary Clinton won nearly three million more votes than Donald Trump in 2016, she wasn’t president. We have a right to fashion our own democracy that shows sensitivity to our particularities.

We will lose Nigeria if our democracy becomes an endless political Ping-Pong between the Northwest and the Southwest, as APC seems poised to make it.

You first need to have a country before you can dominate it politically. And you can’t have a country if a huge segment of it is forced to expend energies trying to get out of it because it doesn’t feel welcome in it.

I have invested tremendous emotional and intellectual capital in Nigeria and want it to evolve and endure. My recommendation for the election of an Igbo person in 2023 comes from that emotional and intellectual investment. It’s fine to disagree with me, but I’d be interested in knowing how you intend to solve the problem of the alienation of the third leg of the Nigerian tripod.

In a 2020 book chapter, I wrote that Nigeria’s greatest misfortune has been that, in spite of its persistent, incapacitating fissiparity, it hasn’t disintegrated, but in spite of its apparent death-defying staying power, it hasn’t quite integrated, either. So, it is perpetually stuck in the twilight zone between death and life and between incipience and decay.

The originative trigger for the enduring structural and conceptional instability of Nigeria, I pointed out, is traceable to its congenital colonial birth defects. But it’s not sustainable to be in that state in perpetuity.

One of the ways to transcend it is to recognize the imperative of political inclusivity. As I’ve pointed out repeatedly, this is more about symbolism than it is about substance. Electing an Igbo person as president would probably do nothing to improve anybody’s lot—except, perhaps, the family and friends of the person elected to the office of president.

Goodluck Jonathan’s calamitous 5-year presidency couldn’t even bring basic infrastructure like boreholes to his hometown of Otueke in Bayelsa State, yet southern ethnic minorities derived vicarious fulfilment from the fact that he was president. Buhari’s infernal presidency hasn’t improved the lot of people even from his hometown, but they take pride in saying one of them is president.

Human beings are animated by a multiplicity of impulses, including rational and emotional impulses, both of which are legitimate. When we turn on our rational impulses, we may ask: What would electing an Igbo man as president do to Igbo people? My answer is “probably nothing.”

But we are more than rational beings: we are also emotional beings. That’s why people are invested in symbolism. Electing an Igbo person as president is merely a symbolic gesture, but it inspires a sense of inclusion in the minds of many people from that region; it serves as a symbolic conduit through which people vicariously connect with the government and with the country.

In other words, electing an Igbo person as president is first of all an end in itself before it’s a means to an end. Reversing mass resentment in a large segment of the national population through electing a president from there—like we did in 1999—is worthwhile, especially for a country that loves to say its unity and continuity are sacrosanct articles of faith.

Nonetheless, I am not suggesting that the reluctance to trust an Igbo person to be president because of the lingering memories of the Civil War are entirely misplaced. It took even the United States several decades before it elected a southerner as president after the region attempted to secede from the Union in the 1860s. Today, the American south is the most visibly “patriotic” region of the country.

Similarly, the imperative to elect an Igbo person as president doesn’t mean the rest of the country shouldn’t closely scrutinize the records of service, openness, and cosmopolitanism from the region’s contestants for president—like they should from other regions.

Of the people who have so far declared interest to run for president from the region, only two, in my opinion, are worth our time.

The first, for me, is Kingsley Moghalu. In a March 31, 2018, column titled “Moghalu, Sowore, and the Diasporan Presidential Challenge,” I wrote this about him: “Although I have no informed opinion on Moghalu’s tenure as CBN’s deputy governor, I have interacted with him since his relocation to the US in the past couple of years. He is, without a doubt, one of the best brains Nigeria has produced. He has an impressive mastery of the political economy of development and has written well-received books and articles on the subject.

“He also strikes me as a cosmopolitan, well-bred person who isn’t beholden to narrow, primordial loyalties, and who understands the complexities of Nigeria and the defining role leadership can and should play in managing national differences. He is energetic, passionate, and brims over with fresh, innovative ideas about governance and inclusive growth.”

The second is Peter Obi. In a March 25, 2022, article titled “Peter Obi: Applying to Be Driver of a Knocked-Out Car,” I mentioned that listening to his speeches has captured my imagination. He appears to have a handle on Nigeria’s problems, and what I’ve read of his record as governor of Anambra State inspires some confidence that he isn’t just a talker. I can’t speak to his cosmopolitanism and commitment to seeing all of Nigeria as his constituency. That’s up to voters to find out.

But I do hope that the “owners of Nigeria,” as we like to call the politically dominant members of the power structure, see merit in making political concessions to the Southeast in the interest of the national unity they routinely profess to cherish.