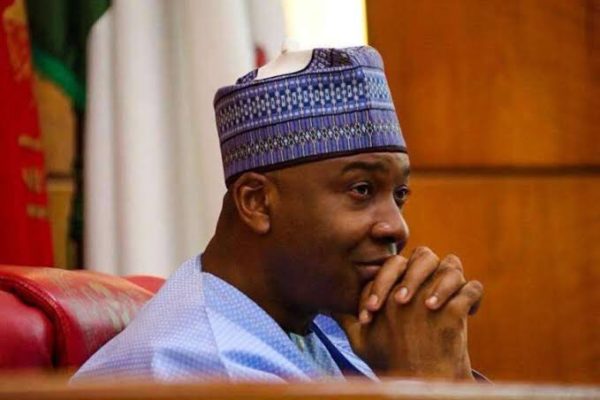 Bukola Saraki, former president of the Nigerian Senate, has revealed the reason behind most actions the upper legislative chamber took under his leadership.

Mr Saraki, now a chieftain of the Peoples Democratic Party (PDP) held sway as the eight Senate President from 2015 to 2019. He emerged against the wish of his then party, the All Progressive Congress (APC).

The ruling party had attempted to install the incumbent Senate President, Ahmad Lawan then but failed after lawmakers of the red chamber dropped their political inclinations and elected the former Kwara State governor to lead the 8th Senate.

Under his leadership, the executive arm of government led by President Muhammadu Buhari clashed severally with the legislative arm. Several attempts to oust him and Ike Ekweremadu, his deputy from PDP met brick walls.

The relationship between the two arm of government further deteriorated when appointees of the president refused to appear before the National Assembly when summoned.

Some appointees of the president who required confirmation by the Senate to fully man their positions were rejected while security chiefs, including the then Inspector General of Police, Ibrahim Idris, looked the other way when summoned by the Senate.

One of those rejected severally is Ibrahim Magu, the now suspended acting chairman of the Economic and Financial Crimes Commission (EFCC).

Mr Magu, who continued to pilot the affairs of the anti-graft agency despite a report from the Department of State Services (DSS) to the Senate which adjudged him unfit for the position, was removed from office after Abubakar Malami, the Attorney-General of the Federation, levelled corruption allegations against the anti-graft czar to Mr Buhari.

Stating the reasons behind their actions, Mr Saraki said the upper legislative chamber under him had always fronted national interest in all its dealings.

In a series of tweets Wednesday, the former Kwara governor cited due diligence as one of the reasons some of the appointees were rejected.

“When we didn’t confirm certain appointees, it was because we did our due diligence,” Mr Saraki said in response to a tweet which praised him during his stay as the top lawmaker.

“When we invited the IG & the security chiefs, it was because we wanted to find solutions to the issues of insecurity at the time. It was never about a personal agenda. It was always about Nigeria!” he added.

When we didn’t confirm certain appointees, it was because we did our due diligence. When we invited the IG & the security chiefs, it was because we wanted to find solutions to the issues of insecurity at the time. It was never about a personal agenda. It was always about Nigeria!