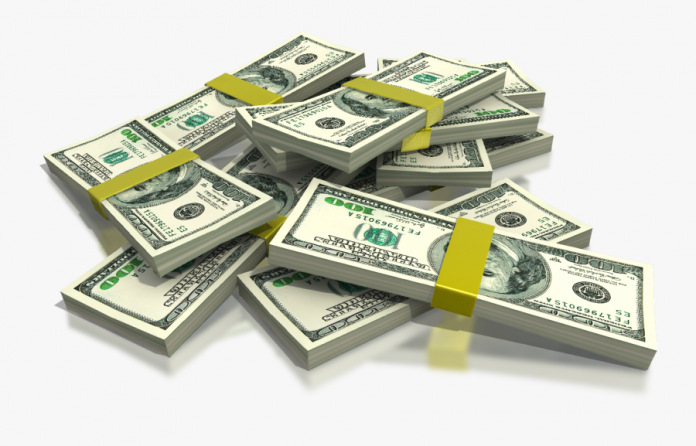 Three days before Nigeria voted in the presidential election in 2019, on Wednesday, February 20, a little known official from Saudi Arabia dropped into Abuja to visit Nigeria’s president, Muhammadu Buhari, who was running for re-election. His name was Ahmed Qattan, described as the “Minister of State for African Affairs” in the Kingdom of Saudi Arabia. His arrival was as unheralded as it was suspicious. He lingered long enough for the bowels of his corpulent aircraft to be emptied. The bulletin from the Presidency on the day merely said that Sheikh Qattan visited to deliver an anodyne “letter” to the Nigerian president from King Salman Bin Abdulaziz of Saudi Arabia.

Something about that visit screamed anything but anodyne. The Independent National Electoral Commission (INEC) had postponed the vote in the presidential election in 2019 from February 16 to 23. If the vote had occurred on the original date, it is unlikely that the president would have been available to receive Sheikh Qattan on the date that he eventually visited. The wait for results and their aftermath would have accounted for that. The candidates and parties, stretched by INEC’s limitations, would not have had spare bandwidth to entertain him, unless it was for a quite substantial purpose that could not await the end of the conduct of the vote. Unraveling the kind of purpose that would have met this criterion for receiving the Sheikh does not exactly task the imagination.

If they noticed it, the opposition Peoples Democratic Party (PDP) did not venture an acknowledgement of the suggestive visit of Sheikh Qattan. They may themselves have had an interest in not calling attention to the subject matter and opening themselves up to close scrutiny on such an issue so close to the election.

The day after he received Sheikh Oattan, President Buhari “expressed astonishment at the huge amount of foreign currency flooding the country intended to influence the outcome of the general elections beginning on Saturday.”

As president, all the agencies with powers to address illicit financial flows into and out of Nigeria report to General Buhari. As a condition for assuming office, he swore to an oath to defend the sovereignty and independence of Nigeria. Yet, faced with what he acknowledged was evidence of a peril to that sovereignty in the form of possible foreign money to influence the destination of Nigeria’s presidency, General Buhari chose to become an advocacy NGO, rather than live up to his oath of office.

The suggestive visit of Sheikh Qattan on the eve of Nigeria’s 2019 elections touches upon the greyest of grey zones in the governance of Nigeria’s elections – the role of foreign money. This is an area in which the INEC has failed miserably and the institutional infrastructure for addressing illicit financial flows in the country – including the Central Bank of Nigeria (CBN), the Economic and Financial Crimes Commission (EFCC), the National Financial Intelligence Unit (NFIU) and the Office of National Security Adviser (ONSA) – act both complicit and suborned.

Two dimensions to this matter deserve attention. One is the geometric escalation in the cost of access to a competitive presidential ticket in Nigeria. The Financial Times estimates the cost of Nigeria’s presidential elections at about $2 billion or N1 trillion. According to Africa Report, “the funds needed to win a Presidential election surpasses (sic) the N305bn ($733m) budget set aside by the INEC to conduct the elections across the 176,846 polling units in the 774 local governments in the country.” The same report estimates that at least $300 million is needed to mount a minimally competitive race.

Yet, under the section 88(2) of the Electoral Act, 2022, the ceiling on election expenses permitted for candidates running for the presidency in Nigeria is N5 billion (approximately $10 million).

In a country in which over 95.1 million or more than 40 per cent live below the poverty line, these are staggering sums of money that would be difficult for even the most well-heeled billionaires to fork out. In an economy in which politics is the quickest and most assured route to wealth and comfort, the sources from which to fund these expenses are few and predictable. One is to plunder the state. The other is foreign money. Both would ordinarily be crimes under regular law. In Nigeria, however, the latter is not necessarily so.

This leads to the second issue. The law on foreign funding of and influence on elections is neither black nor white. It is very grey. Section 225(3)(b) of Nigeria’s 1999 Constitution says that no political party shall “be entitled to retain any funds or assets remitted or sent to it from outside Nigeria.” The focus of this prohibition is not the nationality of the source of the money but geography from which the money is sent. So, a Nigerian citizen living outside Nigeria may not send money to support or finance elections in his or her country but a foreigner living in Nigeria can provide funds to finance elections in Nigeria. If a political party violates this, it commits a crime and may be liable under section 85(b) of the Electoral Act, to a fine not exceeding N5 million.

By the way, the money does not need to be sent to the political party. It can merely be spent on its behalf on purposes that advance its goals

According to former presidency spokesperson, Doyin Okupe, “there is no Nigerian president who has through his sheer wealth alone put himself in office.…if people believe in you, they will give you money.” The kind of people who issue the cheques for the kind of money needed to run for the presidency do not run charities. They have interests to advance or protect. When these political donors are foreigners, whether within or outside the country, it cannot be assumed that they share the same interests as the country.

The recently concluded presidential primaries were bazaars for monies from all sorts. Straw groups from nowhere and without bank accounts sprouted all over the country with bags of magical money to spare for political filigree. The hitherto unknown Rice Farmers Association of Nigeria (RIFAN) splashed N100 million to buy party political nomination forms for the governor of the Central Bank of Nigeria. Not to be outdone, a collective of cattle herders and Almajiri materialised from nowhere to reportedly buy the same forms for the same fee for former President Goodluck Jonathan. There were unconfirmed rumours that artisanal refiners of petroleum products in the Niger Delta were also sources of money for an ultimately unsuccessful aspiration for the ticket of the PDP.

It appears the Grave-Diggers Association and the Sex Workers Collective struggled to match the generosity of these associations, which looked like fronts for laundering political financing, whether local or foreign.

But there were also high profile allegations of quite substantial foreign financial backers of some aspirants. The Chinese Embassy in Abuja was forced to issue a denial that its government or interests backed a leading contender for the presidential ticket of the ruling All Progressives Congress (APC). Many within the party were not persuaded by this denial. There were also unconfirmed reports of similar interests from sources from the Middle East, including Israel and Lebanon.

The upshot from all this is far-reaching. First, never mind the #NotTooYoungToRun, the reality is that the cost of entry into the market of political competition is now priced beyond the reach of citizens living on legitimate earnings.

Second, although Article 21(2) of the Universal Declaration of Human Rights promises that “everyone has the right of equal access to public service in his country”, and Chapter III of Nigeria’s Constitution guarantees equality of citizenship, this prohibitive cost of entry creates and sustains two categories of citizens: One who can vote and another who alone can be voted for. While all adults may be eligible to vote, not all qualified adults can expect to have access to be voted for. What the law grants, the politicians have conspired to expropriate.

Third, this has turned Nigerian politics into a plutocracy in which only the fattest and their dependants and descendants, fed mostly by illicit money, have access to office and public service.

To reverse this trend, the indifference and complicity of Nigeria’s institutions of financial integrity and intelligence must end. At the end of the primaries season, the NFIU and the ONSA should issue a joint report on foreign money. This is not possible if politicians who seek office in Nigeria cannot stand against foreign funding of Nigeria’s politics. Unless we end this, elective government in Nigeria will continue to be a government of people by some people for a few people.