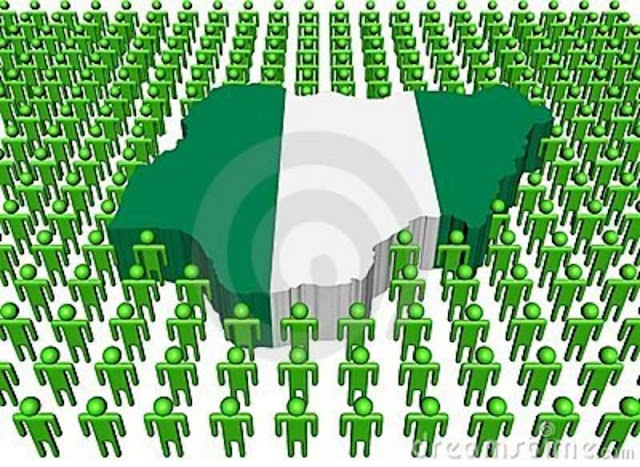 I seem to begin a lot of my columns with anecdotes from the 1990s, and this one will be no different. It’s not formulaic, I promise – it’s just that the 90s were my childhood years and I learned a great deal of what I know now during those glorious, nostalgia-tinted years that I now remember with fondness, while most Nigerians remember them as the “Abacha stove” era. Anyway, I digress.

In 1999, shortly after the economic wilderness that was the Abacha era, there was a rich dude who died. Hardly headline news, because rich people die everyday, right? Well, here’s the thing – Victor Nnmadi Okafor was not just any rich man.

He was a man with so much wealth that he obtained the Igbo nickname “Ezego,” which literally translates as “King of Money.” At the age of 35, Victor Ezego had everything most red-blooded Nigerian men aspire to – successful business chains, an eye-popping fleet of cars, various comely damsels warming his bed, reportedly over 70 houses across Nigeria, and generally a lifestyle that could only be described as “violently opulent.”

And then one day, there was a pothole.

For want of a nail, and all that

While celebrating Christmas in 1999, Victor decided to drive himself from Lagos to Enugu. He hardly ever drove himself, but that day he decided to do so, ostensibly to enjoy the unique dopamine rush that comes behind the wheel of an expensive car with a powerful engine – in this case a Jeep Cherokee. The car chose that day of all days to break down along the way, and he ended up having to tow it from Asaba with another car.

A few kilometres from Ihiala, disaster struck. Having driven fast into a big pothole, he apparently forgot that he was towing about 2 tons of free-rolling SUV behind him and he hit the brakes. The Jeep Cherokee – his pride and joy that he himself drove from Lagos that morning – plowed into the back of the Lexus he was in, violently launching his head into the reinforced glass windshield. A few hours later, despite his convoys best efforts, the “King of Money” was dead. What killed him? An incurable genetic disease? A destructive war? A powerful business rival? None of those things – just a regular, unimpressive Nigerian pothole.

18 years later in June 2017, I would experience my own “pothole” moment when I sat helplessly on a sofa inside a house valued north of N500 million and watched its owner – my dad – die in front of me. The reason? The ambulance just didn’t show up in time. That’s it.

There was no huge, dramatic event that took place. The 66-year-old man simply suffered a survivable stroke, and then the 112 ambulance service in Lagos simply didn’t show up for nearly 2 hours. When it did eventually deign to show up, it was only to examine his corpse, confirm his death and casually inform me, “We don’t carry corpses.”

For want of a smooth road, Victor Ezego died along with all that he was. For want of an ambulance, D.F. Hundeyin died on his marble living room floor. Whatever those men were or had achieved meant absolutely nothing to Nigeria – when it decides to happen to anyone, it happens with contemptuous ease that makes a total mockery of one’s achievements and attempts at self insulation. I made that realisation that day in 2017, but here we are in 2022 and it seems as though the message really has not got through yet.

Whenever I speak to old friends and school alumni who have aligned themselves with certain politicians and power structures that I personally find unconscionable, they always laugh and give me variants of the same answer – “Bros, wetin man go do?”

The reasoning is that those who wield power will do so with or without them, so instead of becoming an exiled refugee like me, they would rather quietly fall in line, kiss the ring and get something out of it for themselves.

Some of my friends have multiple garbage collection contracts in Lagos, which is apparently one of the most common rewards for displaying fealty to the Emperor of Bourdillon Road. Others have supply contracts for government agencies.

Some operate as middlemen in processes that do not require middlemen, for the sole purpose of generating “jobs for the boys” through Nigeria’s famously generous public pork barrel. After getting all this, some even go into electoral politics for the singular purpose of entrenching themselves forever into Nigeria’s public purse.

To such people, Nigeria is not a horribly governed, unsecured space going through an existential crisis, but a wonderful land of opportunity. This lot love Nigeria more than anyone reading this article, and why wouldn’t they? It’s working for them – or so they think.

The problem is that Nigeria is such a tragedy of horrors now, that anyone who thinks they have “figured it out” and can ride the growling green-white-green tiger is genuinely delusional.

I know this because my dad was one such person. He never put his hands anywhere near the public purse or compromised his ethical principles, but he thought he had figured out a system for keeping Nigeria and its uncertainties away from his family’s door.

Then an ambulance probably didn’t have enough petrol and thus didn’t show up on time one day.

And that was that.

David Hundeyin is an award-winning journalist, writer and researcher with a background in Marketing, Politics and Business Consulting
Other posts from author.