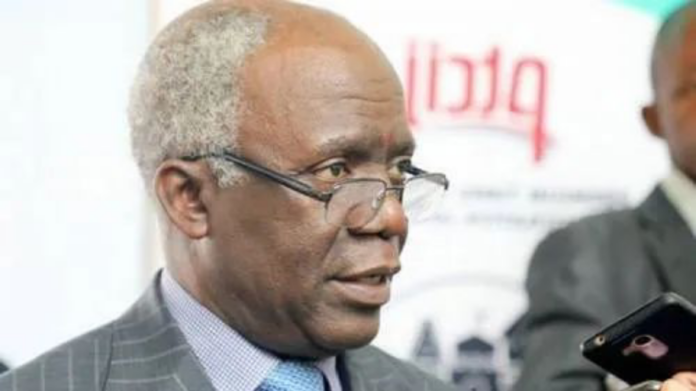 Sequel to the #EndSARS protests last year, the National Economic Council advised all state governments to institute judicial commissions of enquiry to probe allegations of police brutality in the country. Based on the advice, the Federal Government and 28 state governors set up judicial commissions of inquiry to probe sundry allegations of police brutality under the applicable Tribunal of Inquiry Laws. However, a few lawyers deliberately set out to obfuscate the issues in a desperate attempt to cover up the massacre of unarmed protesters in Lagos, Rivers, Edo, Oyo and the Federal Capital Territory. Notwithstanding that some of the lawyers had previously appeared in panels of enquiry set up by state governors, they turned round to question the constitutionality of the judicial commissions, albeit on a very shaky legal wicket. I was compelled to intervene by clarifying the state of the law on the unquestionable validity of the powers of the president and state governors to institute administrative or judicial commissions of enquiry within their areas of jurisdictional competence, under the current political dispensation. Thereafter, the panels that had been set up by the state governors commenced public sittings.

Thus, some army officers represented by a team of lawyers led by a Senior Advocate of Nigeria appeared before the Doris Okuwobi Judicial Commission of Enquiry, gave oral testimony and tendered documents which were admitted as exhibits. But shortly thereafter, the officers and their counsel withdrew further appearance from the proceedings of the panel for an undisclosed reason. Based on the fact that many witnesses later gave detailed evidence of the involvement of soldiers in the brutal killing of 99 people and the secret dumping of their bodies in the various mortuaries in Lagos State, the panel decided to give the military officers the opportunity to rebut such damning evidence. But having been misled into believing that they are not bound by the Lagos State Tribunal of Inquiry Law, the officers ignored the summons. A few months later, the panel concluded its assignment and submitted a report which recommended the dismissal and prosecution of some military and police personnel for engaging in the extrajudicial killing of unarmed citizens, including protesters who were waving the Nigerian flag and singing the National Anthem on October 20, 2020.

Even though President Buhari had said that he would await decisions of the state governors on the reports of all the panels of enquiry on police brutality, the report of the Lagos State Judicial Commission has been singled out for excoriation by a couple of ministers, who have purportedly rejected it on behalf of the Federal Government. In the highly erroneous belief that the White Paper Committee set up by Governor Sanwoolu could recommend the annulment of the recommendations of the panel, both ministers alluded to have launched venomous attacks on the findings of the body. Curiously, Mr Festus Keyamo (SAN), the minister of state in the Federal Ministry of Labour and Productivity has said that the panel was illegal for having the temerity to indict military and police officers. But contrary to such misleading claim, the legality of the panel instituted by the governor in accordance with the provisions of the Tribunal of Enquiry Law cannot be challenged on solid legal grounds.

Indeed, the controversy surrounding the legality of any panel set up under the Tribunal of Enquiry Law of Lagos State was laid to rest as far back as 1987. For the avoidance of doubt, the validity of the law was upheld by the Court of Appeal in the case of Williams v Dawodu (1998) 4 NWLR (PT 87) 189 at 212-213 where Akpata JCA (as he then was) held, inter alia:

It is crystal clear that notwithstanding the enormous powers conferred on the Federal Government under the 1999 Constitution, the power vested in the president of Nigeria to set up a Judicial Commission of Enquiry is limited to the Federal Capital Territory. The authority for this submission is the case of Chief Gani Fawehinmi v. Gen. Ibrahim Babangida(2003) 3 NWLR (PT 808) 604 at 626 where the Supreme Court (per Ejiwunmi JSC) held that, “…the National Assembly has the power to enact the Tribunal of Inquiry Act, Cap 447 with the limitation that it operates in the Federal Capital only. To this limited extent, the Act is an ‘existing law’ by virtue of the provisions of section 315 of the Constitution. It must be emphasized that though the Tribunals of Inquiry Act is ‘an existing law’ its application is limited and has no general application. I need to point out that perhaps this litigation might have been unnecessary if the framers of our Constitution had borne in mind the necessity of ensuring that the powers of each component part of the Federation are carefully set out in the Constitution.”

Since the Tribunal of Enquiry Act is not a law of general application in the country, it is a dangerous submission to say that only a commission of inquiry instituted by the president is competent to investigate the violations of human rights or murder committed by federal officers in any state of the federation. In fact, it is embarrassing that some public officers who had campaigned for the sovereignty of state governments within the federation before 2015, have turned round to question the powers of state governments to legislate on matters in the residual list, including the Tribunal of Inquiry Laws. It is a matter of common knowledge that before the #EndSARS protests last year, every state government in the country has been settling up administrative and judicial commissions of inquiry. Some of them include the following:

The Justice Kalu Anya Judicial Panel, set up by the military governor of Lagos State to probe the burning of the residence of Fela Anikulapo-Kuti in February 1978. The Panel blamed the “unknown soldier” for the arson, attempted murder and torture meted out to the occupants of the house, including Fela’s 78-year old mother.

The Niki Tobi Judicial Commission set up by the Plateau State government in 2003 indicted some police officers for their involvement in the brutal killing of people in Jos.

The Uwaifo Judicial Commission of Enquiry set up by the Osun State Government in 2010 indicted police officers for gross human rights abuses. The Panel was set up by Governor Rauf Aregbesola, the current minister of Interior.

The Truth and Reconciliation Commission headed by the Late Justice Kayode Eso set up by the Rivers State government in 2015, under Governor Rotimi Amaechi, indicted federal security agencies for not curbing cultist attacks in the State. Mr Amaechi is the current minister of Transportation.

The Garba Judicial Commission of Enquiry set up by the Kaduna State Government in January 2016, indicted the senior military officers who superintended the illegal killing of 348 Shi’ites in Zaria and the secret burial of their bodies in a mass grave in Mango in Kaduna State. A London based human rights body had dragged the Federal Government to the International Criminal Court over the refusal to prosecute the military personnel, including a General, who were fingered in such crime against humanity.

It is therefore submitted that the military and police personnel indicted for murder and allied offences are liable to be prosecuted by the Attorney-General of Lagos State, as the Attorney-General of the Federation lacks the power to prosecute any person accused of committing state offences. Not too long ago, the Lagos State government prosecuted military and police officers, including a former Chief of Army Staff and a former Police Commissioner, for murder and allied offences, which occurred in the State under the Sani Abacha junta. Vice President Professor Yemi Osinbajo (SAN) who led the prosecution team was the then Attorney-General of Lagos State. On July 18, 2012, the then Lagos State governor, Mr Babatunde Fashola (SAN) arrested a military officer, Colonel Ki Yusuf and Staff Sergent A. J. Adeomi for driving on the Bus Rapid Transit (BRT) lane on Ikorodu Road, contrary to the Lagos State Traffic Law. Mr Fashola (SAN) is the current minister of Works and Housing.

Realising that the Federal Government is not competent to prosecute federal officers indicted for torture and extrajudicial killing of suspects and other citizens, the National Economic Council has directed that the reports of all the #EndSARS panels be submitted to the State Attorneys-General. As far as the law is concerned, the Okuwobi Judicial Commission of Enquiry did not breach any law in recommending that military and police officers be sanctioned for engaging in the egregious infringement of human rights of innocent people in Lagos State.

No amount of empty magisterial arrogance of Messrs Lai Mohammed and Festus Keyamo (SAN) can be substituted for the findings of the panel. Therefore, the military and police officers who are dissatisfied with their indictment may wish to approach the High Court for legal address. But it is going to be a tough legal battle since the indicted officers had denied themselves the opportunity to defend themselves against allegations of involvement in the brutal murder of 99 citizens.

Finally, the late Chief Gani Fawehinmi (SAN) was arrested and detained by the Ibrahim Babangida military junta over his campaign for the prosecution of the killers of a prominent journalist, Mr Dele Giwa through a parcel bomb in Lagos on October 19, 1986. In like manner, Mr Festus Keyamo (SAN) was arrested and detained by the Olusegun Obasanjo administration over his role in the struggle for the trial of the people believed by him to have been involved in the brutal assassination of a former Attorney-General of the Federation and Minister of Justice, Chief Bola Ige (SAN) on December 23, 2001. The young members of the #EndSARS movement who are demanding for the arrest and prosecution of all military and police officers involved in the massacre of unarmed protesters under the Buhari administration, should be encouraged and supported by all genuine patriotic forces.

Femi Falana is a Nigerian lawyer and Human right activist.
Other posts from author.