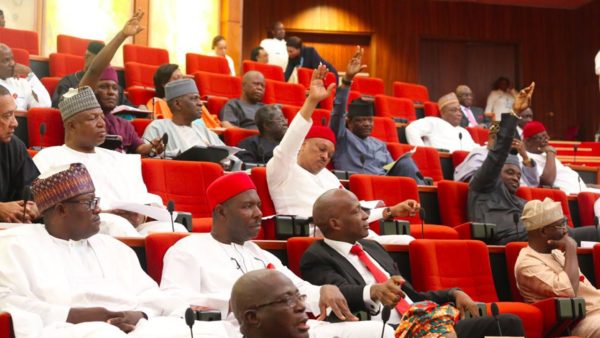 The Nigerian Senate on Tuesday endorsed the use of direct primary by political parties in choosing party candidates for elections.

This was the resolution reached after a debate on the matter during plenary presided over the Senate President Ahmad Lawan.

During the debate, Enyinnaya Abaribe representing Abia South argued that political parties should be allowed to choose whichever mode of primary they did prefer to use in choosing candidates for elective positions.

“The original situation was that the party was left with choices to determine what suits them,” Abaribe said. “Not all parties have capacity to do direct primaries. I think we may have to leave it open.”

Speaking on the matter, Opeyemi Bamidele, senator representing Ekiti Central, said the provision for compulsory use of direct primary mode for political parties will ensure that every member of a political party participates in the process.

“With respect to conduct of primaries, this is to ensure that every party member participates in the process,” Bamidele said. “It is a way of giving power back to the people.”

When put to voice vote, the red chamber voted for the adoption of direct primary.