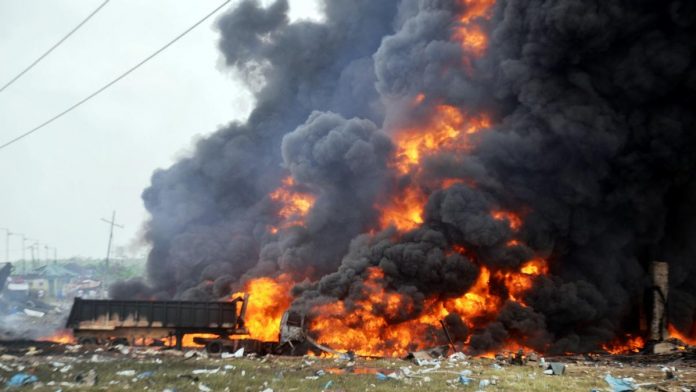 An explosion that rocked Sabon Gari area of Kano State on Tuesday has left many injured.

The incident although still sketchy has reportedly caused the death of an unspecified number of people in the area.

A video emerging on the internet showed people scampering for safety while two individuals were sighted on the floor — One with his stomach organs out while the other had one of his legs shattered.

Schoolchildren, according to the BBC, which quoted Nafiu Nuhu, president of Sabon Gari Market, were feared dead in the explosion that took place in the morning.