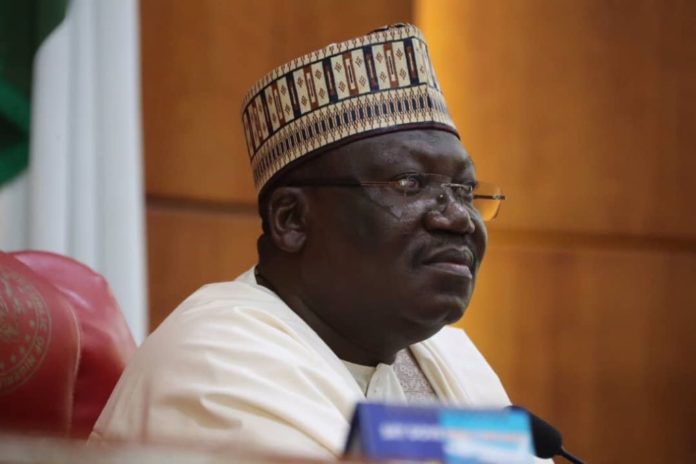 The Independent National Electoral Commission (INEC) has listed Senate President Ahmad Lawan as the candidate of the All Progressive Congress (APC) for Yobe North senatorial district.

This is coming a day after the electoral commission was reported to have received a letter from the ruling party, urging it to recognise Mr Lawan as the party’s candidate while sidelining Bashir Machina, who won the APC primary for the district.

The top lawmaker, one of the contenders for the APC presidential ticket announced as its consensus candidate, later lost to Bola Tinubu, a former Lagos governor.

While he was aspiring for the top job, Mr Machina stepped in and won the Yobe North senatorial ticket during primary and has declined stepping down for the leader of the National Assembly after several pleas.

Featuring on Channels TV on Wednesday, he vowed not to step down for Lawan whom the party prefers for the position, hence the letter to the commission.

But on Friday, the name of the Senate President appeared on a signed list of senatorial candidates on the server of INEC.

Messrs Lawan and Machina are yet to react to the new development as at press time Friday evening.