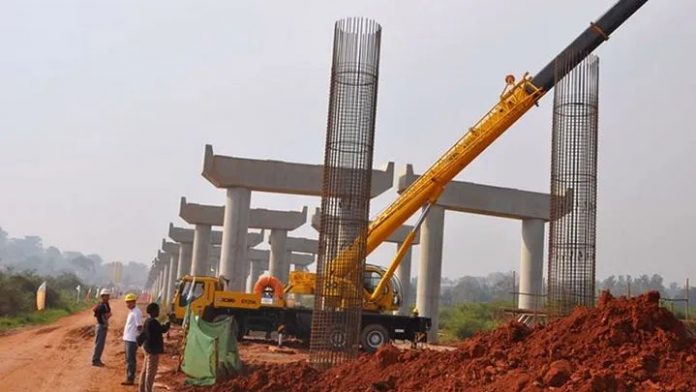 This year, the long wait for Godot will come to an end. The second bridge over the River Niger will be commissioned, and put to use. And what a dream come true it would be.

Last December, a friend had traveled from Lagos to the South East for the Christmas holidays. When he had spent six hours on the River Niger bridge, a journey which should take less than five minutes, since the bridge is only 1.6 kilometers long, he called me in frustration. He was almost bursting a blood vessel.

I consoled and comforted him, and added for good effect: “This is the last time you and other travelers would be stranded on that bridge. By next Christmas, there would be two bridges in operation, and it would be a jolly good ride.”

He said a resounding amen, and went off the line. What trauma and travails users of the River Niger bridge have passed through. Built in 1965, the artery between the South East, South South, and the rest of the country has become grossly inadequate, and a torture to navigate at peak seasons. There was a year travelers even spent the night on the bridge.

There is a long history to the building of a second bridge over the River Niger, and it had over the years become a tool of false promises, lies and propaganda. When politicians want the votes of South Easterners as elections approach, they go and offload shovels, pick axes, wheelbarrows, cutlasses and others at the site, as if that is what is required to build a bridge of that magnitude. After they’ve got the votes, they come to remove their miserable implements. Goodbye basket, I’ve carried all my apples. The People’s Democratic Party (PDP) did it for 16 years, building the bridge with their mouths.

The first recollection was during the campaign for the 1979 presidential election. Candidate of the National Party of Nigeria (NPN), Alhaji Shehu Shagari, went to the South East, and promised a Second Niger bridge. That was all it was. A promise, though the NPN government lasted from 1979 to 1983.

Then came the military regimes headed by Muhammadu Buhari, which lasted only 20 months, that of Ibrahim Babangida, which endured for eight years, Ernest Shonekan-led Interim National Government, 84 days, Sani Abacha, five years, and Abdulsalami Abubakar, 11 months. Nothing was heard about the bridge.

Under Babangida, an alarm was raised about the deteriorating condition of the bridge. Ever the master of artifice and sleight of hand, the then military president challenged Nigerian engineers to design a new bridge. They did! End of story.

Then came Olusegun Obasanjo, a former military head of state, as civilian President. He promised to build the bridge. It didn’t happen in eight years.

About five days before he left office, Obasanjo flagged off the project, to cost N58.6 billion, and handed it to his successor, Umaru Yar’Adua. No action in the three years that the administration lasted. Understandably so, for Yar’Adua was infirm.

Then came Goodluck Ebele Jonathan, who even at a point added Azikiwe to his name. He promised Heaven on earth, saying he was a South easterner, and he would build the bridge. During a Town Hall meeting on August 30, 2012, in the region, he said what would he claim he had done for his Igbo brethren, if he didn’t build the bridge.

Later, Azikiwe disappeared from Jonathan’s name, and the Second Niger bridge disappeared with it. All that happened in the about six years that the administration lasted was a Federal Executive Council approval for final planning and design of the bridge. All motion, no movement.

And then came the man from Daura, a Fulani, with no affinity with the South East. He didn’t make promises, he didn’t boast. He just went to work quietly.

From September 1, 2018, without fanfare or swashbuckling, action started on the Second Niger bridge. Babatunde Raji Fashola, Minister for Works and Housing, was the chief executioner. Doggedly, he and his principal set to work. And here we are today. What has defeated many military and civilian administrations is now reality in our country.

I will never forget the day I traveled to Onitsha for a private event. I was on the same flight from Lagos to Onitsha with His Royal Majesty, the Obi of Onitsha. When we alighted, and were walking towards the arrival hall of the airport, I went to pay my courtesies to the distinguished monarch.

He greeted me warmly, asked after President Buhari, and told me to pass his appreciation for the work being done on the Second Niger bridge.

“Every time I drive on the old bridge, and I look to my side, seeing the new upcoming one, joy wells in my heart,” the Obi said.

And that is the thing to do. We must appreciate the ramrod straight man from Daura for succeeding where many other leaders before him had failed. Where there is a will, there is a way.

President Buhari has taken up many major infrastructure works, most of which would be due for commissioning before he exits next year May. Roads, rail, airports, bridges, many others. If only for the Second Niger bridge, Nigerians will never forget Muhammadu Buhari. But then, you can add Loko-Oweto bridge, Bodo-Bonny road, Lagos-Ibadan Expressway, Enugu-Port Harcourt, Abuja to Kaduna and Kano, AKK Pipelines, rail network across the country, and many others. Surely, this country will always remember Muhammadu Buhari for good, no matter how revisionists have tried to shroud the successes with only talk of insecurity ravaging the country. While the security challenges are being met frontally, infrastructure proceeds apace. It takes determination and doggedness.

Indaboski! Nigeria will always remember Buhari for his strides in infrastructure, when the country was earning far less than it used to do.

Indaboski? What does it mean? Search me. Ask Prophet Chukwuemeka Odumeje what the word means. He coined it.

But I repeat: Indaboski! This country will never forget Buhari, if only for the Second Niger bridge.