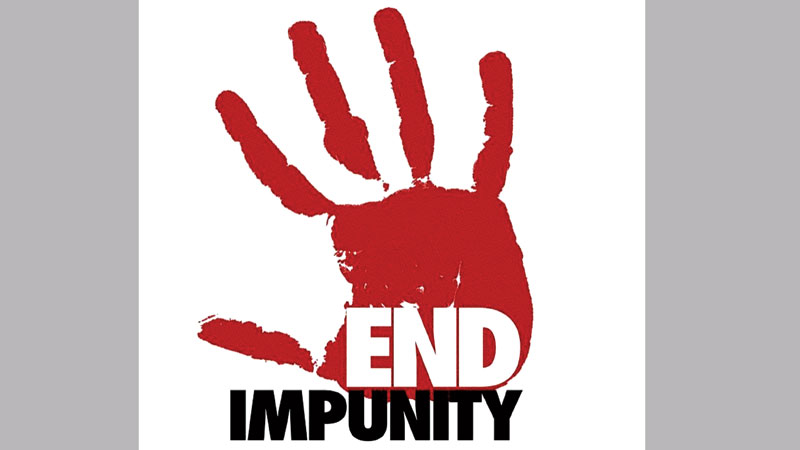 In the words of Martin Luther King Jr. “Injustice anywhere is a threat to justice everywhere”. Democracy involves fair representation and equal treatment for all. In a democratic system, everyone should be equal before the law in its application and where some animals are more equal than others according to George Orwell; it further leads to breakdown of law and order. This is why in Law, it is often said that justice must not just be done but must also be seen to be done. This puts a strain on perception.

One of the major reasons why we are where we are as a nation is because of impunity. The law is supposed to be a leveller of all men irrespective of status or standing in the society. As the Proverbial Book states, where there are no laws, the people perish. I must also say that where the laws are not applied correctly and fairly, nothing could be more apropos than anarchy in the land.

Some scholars have argued that immunity engenders impunity. Section 308 of the 1999 Constitution of the Federal Republic of Nigeria as amended provides immunity clause for the presidents, vice-presidents, governors and deputy-governors. This serves as a shield against all forms of frivolous litigations that will distract governance and it provides immunity to the occupiers of these offices against civil or criminal proceedings while in office. The principle is based on the Latin maxim which quips “rex non potest peccare” which means the king can do no wrong.

However, over time, this portion of the Constitution has been abused in form of “Executive Rascality” as officials in these capacities can do anything without recourse to the law, knowing fully well they cannot be punished for their actions in office. When leaders cannot be held accountable in their respective offices, it becomes harder to be held accountable after leaving their exalted offices and even if they are made to account for their infractions afterwards, their actions and inactions in office will have affected many adversely with its effects which may last for a lifetime.

We also have “unofficial immunity” which is imposed on government appointees and officials on the basis of their relationships with the appointors. You will agree with me that the presidents and governors cannot be everywhere every time, hence; people must be appointed to assist them in some areas. Over the years, we have seen abuse of offices, where political appointees assume the position of demigods inflicting untoward pain on the citizenry and formulating policies that are anti-people, some with the principal’s consent, and others without the principal’s consent.

I must note that evil thrives not only when iniquitous men engage in nefarious activities but also when good men remain silent. There are times when silence is not golden, as being silent means consent. Leaders must learn to live by examples and they must lead from the front. Finally, in the words of Donald McGannon, leadership is an action, not a position.

Usman O Abdullahi is a writer and a public affairs analyst, based in Lagos and can be reached via abdullahiusman19@gmail.com