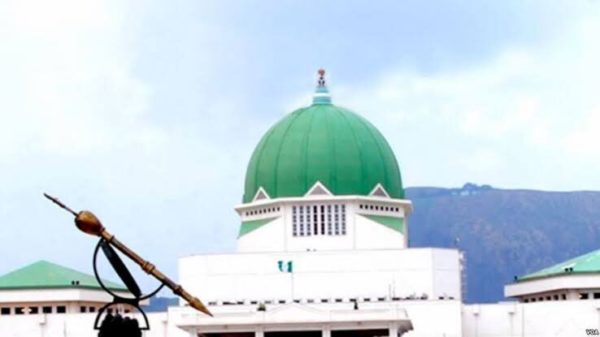 Fresh controversy has hit the Electoral Act Amendment Bill as civil society organisations (CSOs) have rejected the consensus option introduced by the Senate just as governors are asking the House of Representatives to adopt the method (consensus) as one of the means through which political parties can select candidates for elections.

Consensus is one the three options introduced in the re-amended Electoral Act Amendment Bill which the Senate passed on January 19.

Following President Muhammadu Buhari’s refusal to assent to the electoral bill, a development which he blamed on the inclusion of a provision which mandated political parties to adopt the direct primary method in selecting candidates for election, the National Assembly decided to review the proposed legislation.

The Senate amended Clause 84(2) of the bill, expunging the contentious provision that compelled the political parties to adopt direct primaries.

The move is aimed at ensuring that Buhari finally assents to the electoral bill when the National Assembly returns it to him.

Buhari had observed that the electoral bill should provide options for the political parties, rather than impose the direct primary method on them.

But the CSOs have faulted the Senate for introducing the consensus option.

But, unlike the Senate, the House of Representatives, while also expunging the provision that mandated adoption of direct primaries, only provided direct and indirect primary models as options for the political parties.

The House of Representatives did not include the consensus option in the electoral bill.

The CSOs, in the joint statement, urged the Senate to emulate the House of Representatives by removing the consensus option.

According to the CSOs, consensus as a method of selecting party candidates for elections did not provide a level-playing field and was against the popular will of Nigerians.

“We reject the decision of the Senate to introduce a completely new mode of ‘consensus’ as a procedure for candidates’ nomination.

“Furthermore, it violates the rights of aspirants to equal participation in party primaries and limits the choice of voters to candidates, who did not emerge from democratic primary elections.”

The CSOs observed that judging from experience, consensus has occasioned a litany of litigations in Nigeria’s electoral process.

“We call on the Senate to, in line with the popular will of Nigerians, adopt the position of the House of Representatives, which now recognises direct and indirect primaries as procedure for nomination of candidates.”

The CSOs further observed that the decision of the Senate to introduce the consensus option would require the constitution of a committee by the leadership of the National Assembly to harmonise the divergent positions of the two chambers.

The development will delay the speedy conclusion of the process, and may further derail the objective of having the bill signed into law, the CSOs warned.

The CSOs were resolute in condemning the introduction of the consensus option by the Senate.

“We, therefore, call for the immediate withdrawal of this new introduction, which is alien to the original Electoral Bill 2021, to speed up the work of the harmonisation committee and conclusion of the amendment process on or before the 21 January 2022 deadline.

“As indicated in our earlier statement, any further delay will undermine public confidence in the reform process and therefore, unacceptable.”

Governors mount pressure on Reps to include consensus option

But just as the CSOs were demanding the removal of the consensus option, the Nigerian Governors’ Forum (NGF) at a meeting on January 19 urged the House of Representatives to concur with the Senate by also including consensus as a means through which political parties could select candidates that would stand for election.

The governors commended the Senate for coming up with the consensus option, describing members of the upper legislative chamber as ‘statesmen.’

Chairman of the Governors Forum and Ekiti State governor Kayode Fayemi said the House of Representatives should align with the amendments passed by the Senate so as to make it easier for the Independent National Electoral Commission (INEC) to conduct elections.