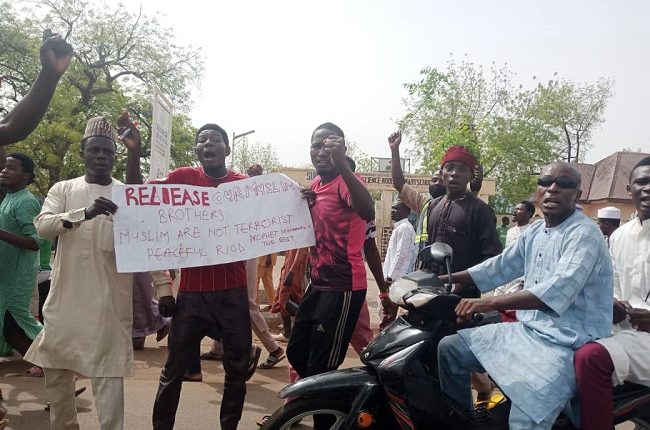 Muslim youths in Sokoto took to the streets to protest and demand the unconditional release of suspects arrested in connection of the stoning and roasting of Deborah Samuel, a female student of Shehu Shagari College of Education in the state.

Ms Samuel was on Thursday assaulted, stoned to death and her remains set ablaze by irate Islamic fundamentalists who accused her of blaspheming Prophet Mohammad, revered by Muslims.

She was alleged to have made the disparaging remarks on a voice note she posted on her department’s WhatsApp group meant for academic purposes but was turned to a channel used for disseminating religious contents.

Two suspects were reportedly arrested in connection with the unfortunate incident which took place at the school premises.

Bearing various placard and marching around the state capital, the youths who were shouting “Allahu Akbar,” demanded the release of the colleagues detained by the Nigeria Police Force (NPF).

Meanwhile, an Islamic cleric has justified the stoning and roasting of Ms Deborah, accusing the 200 level Home-Economics student of crossing Islamic redline with her action.