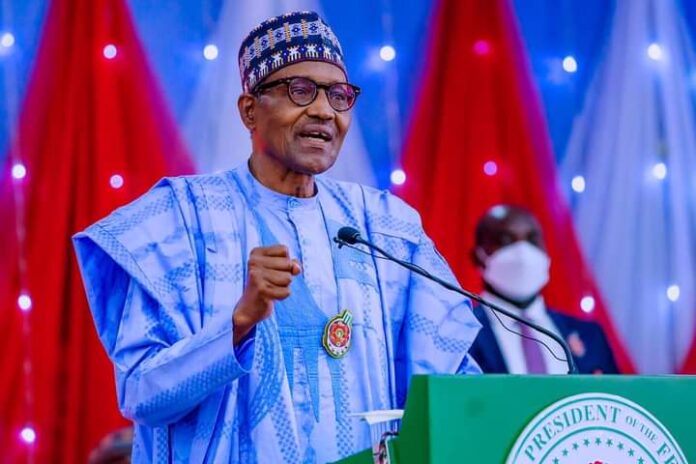 A man with empathy for the poor, the weak and the vulnerable. He loves them deeply, and they also love him to bits. That is President Muhammadu Buhari for you.

It is often said that the man already has at least 12 million votes waiting for him in different parts of the country before the first ballot is cast in general elections. The poor and the vulnerable constitute this large army of voters. They swarm round him, as bees do to the honeypot.

“The poor you will always have with you,” the Good Book tells us in Matthew 26:11. And further in Galatians 2: 10, it says “Don’t forget the poor.” All major religions have this admonition, and it is something President Buhari takes very serious.

In 2019, having put on his thinking cap on how he could further be of help to the poor, the weak and vulnerable, the President established the Ministry of Humanitarian Affairs, Disaster Management, and Social Development. He appointed Sadiya Umar Farouq as the Minister.

Last week, Minister Farouq was guest at the 30th edition of the weekly State House Press Briefing. And there, she unfolded Buhari’s kind of kindness, his compassion for the hapless and the disadvantaged.

President Buhari won’t give you sack-loads of cash to compromise you, or curry your favor. He would rather deploy same to do good deeds, showing kindness to the weak and deprived, the aching and hurting.

The Ministry headed by Umar Farouq came into being as result of desire by the President to coordinate implementation of all humanitarian affairs, disaster management, and social development activities in the country.

And what a yeoman’s job is being quietly done round the land, without flourish or fanfare, no ballyhoo or peal of trumpets. The Ministry is even constant object of fake news, hate speech, but no matter. The quietly effective work continues.

What did Hajiya Farouq unfold to the media?

The Ministry has oversight over the welfare and rehabilitation of Internally Displaced Persons (IDPs) who number about 1.8 million in the country. It swings into action in cases of natural disasters, armed conflicts, terrorism, floods, epidemics, fire disasters, and other man-made crises. In fact, about 7.1 million people are in need of humanitarian assistance in the North East region alone, not to talk of nationwide.

Policies already formulated, enunciated and running include Policy on Internally Displaced Persons, National Social Protection, Cash and Voucher Assistance, Mass Housing, in which over 1,000 houses have been constructed and handed over to the Borno State government, while 500 units each are being built for each of the other five North East States.

There is distribution of food and non-food items to the poor and vulnerable across the country, collaboration with States to return and resettle IDPs in their communities of origin, and cooperation with National Agency for the Prohibition of Trafficking in Persons (NAPTIP) on routine repatriation of Nigerians stranded abroad. About 17,242 of such cases have been handled.

Farouq was not done. The Ministry is interpreting the dream of President Buhari for the deprived through the National Social Investment Programme (NSIP). This has components like job creation (N-Power), National Home-Grown School Feeding Programme, Government Enterprises and Empowerment Programme (GEEP), and Conditional Cash Transfer (CCT).

There is a National Social Register, which had over 46 million Nigerians on enrollment as at January 2022. Under CCT, the sum of N5,000 is paid to the poor and vulnerable monthly. Over 1,632,480 households are benefiting from that already.

Just N5,000 only, some people may say in derision, with their noses turned skyward. But for a person who possibly has not owned half of that amount, to now receive it monthly, it is sheer bliss. That is why they are called poor and vulnerable. President Buhari loves them, and cares for them.

The poor you will always have with you, the Good Book says. That explains the vision to take at least 100 million people out of poverty in 10 years. But apart from that big picture, one after the other, in tens, hundreds, thousands, tens of thousands, the vulnerable are being taken care of through the Ministry of Humanitarian Affairs, Disaster Management, and Social Development. He who feels it knows it. Leaders must be kind to those they lead. It has reward both here, and in the hereafter.

Now you know why President Buhari always has that standby 12 million votes. He cares for the poor and lowly. Whence comest another? They don’t seem to make them like this anymore.