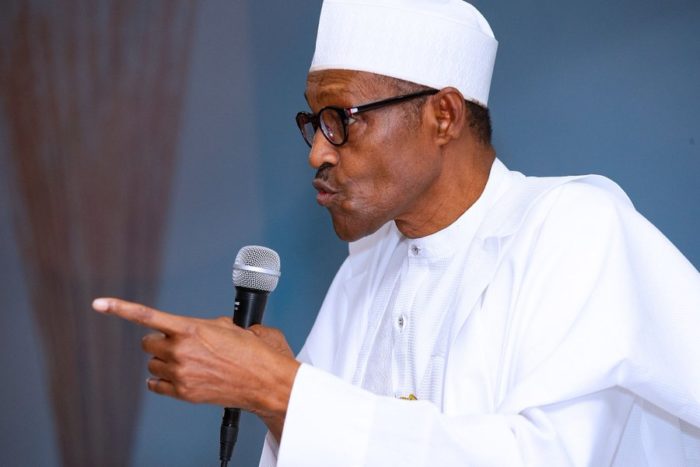 Mr Buhari gave the warning on Thursday after meeting with the leadership of the legislative arm of government.

Led by Ahmad Lawan, the National Assembly visited the president to register their displeasure over conducts of some of his appointees when summoned.

The latest of such case is the recent brawl involving a committee of the lawmaking arm and Festus Keyamo, the Minister of State for Labour and Employment.

Mr Keyamo who finally secured the approval of the president, clashed with the lawmakers over the recruitment process of 774,000 job slot for the Special Public Works Programme.

In a statement by Garba Shehu, presidential spokesman, the president is said to have read the riot act to his Ministers, MDAs, Chief Executives on his relationship with the National Assembly.

Mr Shehu said the meetings between the leadership of the National Assembly also touched on key issues of National importance particularly the role of the Legislature as a critical component in supporting their common goal and commitment towards improving the lives of the people of Nigeria.

“In the course of their conversation, recent events at the National Assembly were highlighted and the President re-emphasized his utmost respect for the National Assembly, adding that any disrespect to the institution by any member of the executive branch will not be accepted,” the president’s spokesman said.

“Ministers and all heads of Departments and Agencies should at all times conduct themselves in ways that will not undermine the National Assembly as an institution, its leadership and members.

“The President and the leaders of the National Assembly recognized and acknowledged that the Executive and Legislative arms of government are essential partners in the fulfillment of their mutually aligned goal of improving the lives of the Nigerian people,” he added.