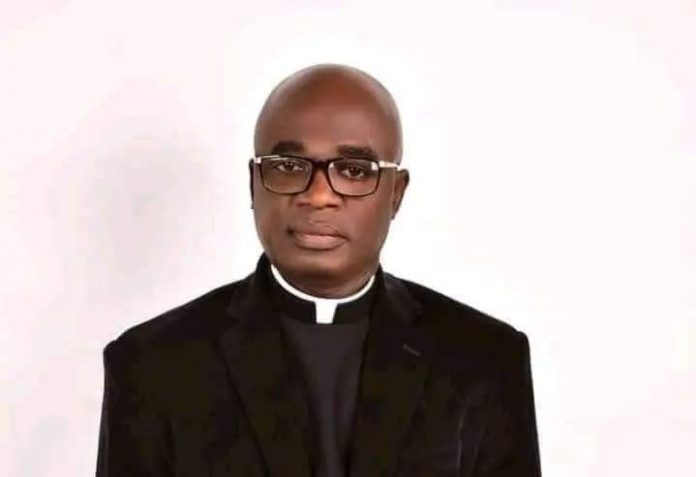 Hyacinth Alia, a Catholic priest, on Saturday, emerged the 2023 governorship candidate of the All Progressives Congress (APC) in Benue.

Before Saturday, the diocese bishop, Williams Avanya, had suspended the priest for his involvement in partisan politics.

Mr Alia, the Catholic priest of Gboko Diocese, scored 526,807 votes to emerge as the party’s candidate at the primary election held in Makurdi.

Chairman of the election committee, Peter Ojie, said 13 aspirants participated in the election.

Mathias Ibyuan came a distant second with 113,816 votes, while Sam Ode scored 79,369 to berth at the third position.