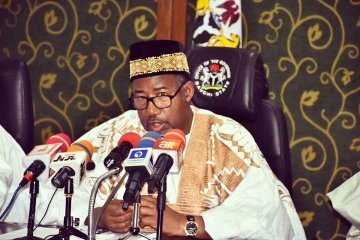 Mr Mohammed who lost the presidential ticket of the opposition party emerged winner of the exercise held on Saturday in Bauchi, the state capital.

The returning officer and chairman of the governorship primary election committee, Murtala Damagum, announced that the governor seeking a second term in office polled 646 votes out of the 650 accredited delegates.

The rescheduled exercise is sequel to the voluntary withdrawal of Ibrahim Kashim, the Secretary to the State Government, who won the May 28 primary election in the state while Mr Mohammed sought the presidential ticket of the party but lost to Atiku Abubakar, former vice president, who emerged the party’s flag bearer for next year’s election.