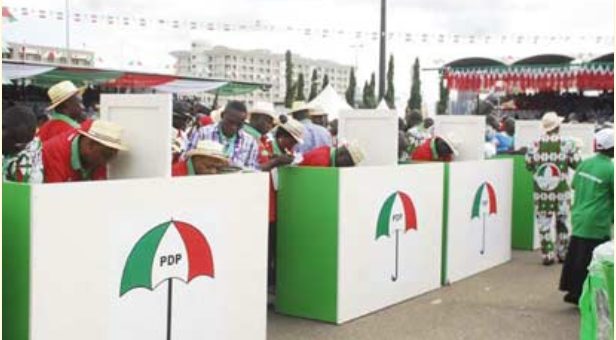 The Peoples Democratic Party (PDP) has said it will not campaign for supports during the next general election.

The National Secretary of the opposition party, Senator Umaru Tsauri stated this in Kaduna yesterday.

According to Mr Tsauri, the present administration led by the All Progressive Congress (APC) have failed in fulfilling atleast one of their major campaign promises to Nigerians.

With the failure he said President Muhammadu Buhari and his party are campaigning for them in the opposition.

“Every Nigerian whether resident in Aso villa or anywhere else in Nigeria will certainly admit that the present administration has failed, as they couldn’t even deliver their three-point agenda: economy, security and the fight against corruption,” he said.

“Nigerians have now realised their error in voting Buhari since 2015 elections, see what happened to him in Kebbi state recently, if you recall, the three key promises of Buhari, which one has he fulfilled and which one is left?’’

‘’We are not preparing for 2023 campaigns because; Buhari has campaigned for us already by his failure. If Buhari is sincere on the fight against corruption, he should probe the past administrations from 1999 till date,” Tsauri added while promising that his party will return to power when the incumbent administration completes its tenure.