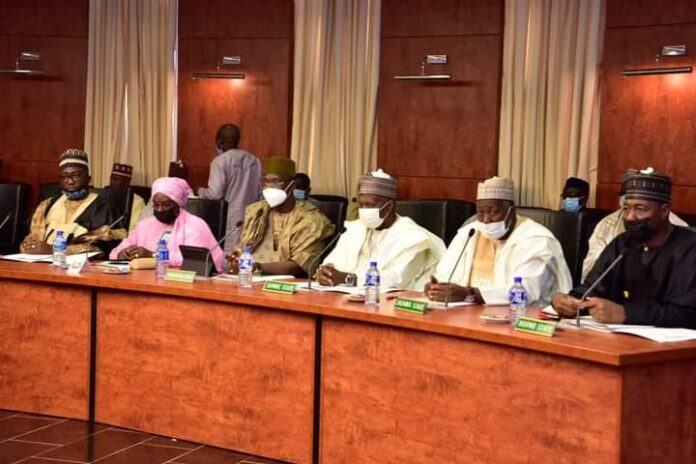 Political Analyst and Economist Katch Ononuju has opined why Northern State governors are opposed to power shift to the Southern part of the country in 2023.

The state helmsmen in the North on September 27 rejected the demand of their colleagues in the South that power must return to it when President Muhammadu Buhari finishes his final term in office.

Rejecting the power shift, the northern governors said the demand of their colleagues down South is unconstitutional.

But analysing the situation, Mr Ononuju who appeared on Channels Television on Wednesday said the governors from the president’s region were afraid that the nepotism of the present administration would be reversed should the next Nigerian leader emerge from the South.

He observed that the North was afraid of a repeat of the situation that played out when Olusegun Obasanjo emerged as a democratically elected president in 1999 after years of northern-dominated military rule.

“They (North) stacked up advantages during the military era but when Obasanjo became president, he neutralised it,” the analyst explained. “He removed all the soldiers they put everywhere and neutralised all the platforms through which they weaponised nepotism and returned the country to a place where everybody had a sense of belonging.

“There are fears that if Buhari leaves (office), those legacies will be wiped off because if the next president comes from somewhere else, he is going to return Nigeria to normalcy – that is what is driving this (opposition to power shift).

“They fear that whoever comes will neutralise Buhari’s nepotism gains and return the country to normalcy. That is why you are seeing them doing this,” he said.

The analyst also stressed that rotation of power and the principle of federal character were crucial to the survival of an ethnically diverse country like Nigeria.

“Only federal character can ensure that our diverse heterogeneous society has a sense of belonging in what we call the Nigerian experiment.

“But with the way Buhari has weaponised nepotism, a lot of people are not given a sense of belonging and that is why people are embracing separatism as their own way of protesting that.

“And Buhari going this far made the northern governors say they are not handing over power, that power will stay with them.

“The northern governors historically do not act without the body language of the president.

“None of them have ever gone against any policy that Buhari has expressed support for,” Ononuju added.